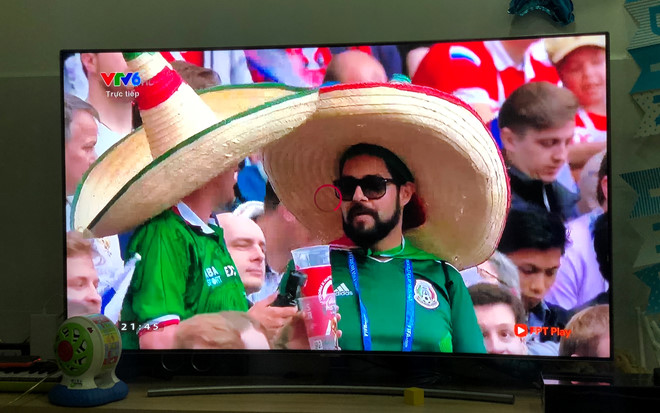 Many Vietnamese fans were disappointed when their set-top box devices left them with jerky streams of the opening ceremony of the 2018 FIFA World Cup on Thursday evening.

While people around the world enjoyed a brief but polished opening ceremony of the World Cup in Russia last night, many Vietnamese were left with shaky connections as they tried to access the show through web applications using cable boxes from their provider.

The issue did not appear random, as customers of all four major Internet TV suppliers in the Southeast Asian country seemed to experience the same glitches.

Some locals took to social networking sites to express their anger.

“I tried all four providers, including MyTV, FPT Play, Clip TV, and VTV Go, but still had issues getting a clear connection for the game," Facebook user Hoang Hai reported in a post.

“I could only watch for ten seconds at a time before the image would freeze. It kept happening to the point that I couldn’t continue watching the match," Yen Lam, a football fan based in District 10, Ho Chi Minh City, wrote on his Facebook.

Notably, poor connection seemed to be coming from channel VTV6 – the country’s most popular World Cup broadcaster – from 9:30 pm Thursday to 12:30 am Friday. Other channels showing the event seemed to be operating smoothly.

After the kick-off match between Russia and Saudi Arabia ended with a five-star win for the hosts, VTV6 resumed operating normally on all set-top box devices.

A representative from the FPT network, Nguyen Viet Thang, confirmed the issues and said that the firm’s technical department is working to solve them.

“Due to the surge in traffic, not only FPT Play but other OTT [over the top] platforms such as MyTV and Viettel also faced the same situation,” Thang added.

A set-top box (STB) or set-top unit (STU) is an information appliance device that generally contains a TV-tuner input and displays output to a television set and an external source of signal, turning the source signal into content in a form that will then be displayed on the television screen or other display device.