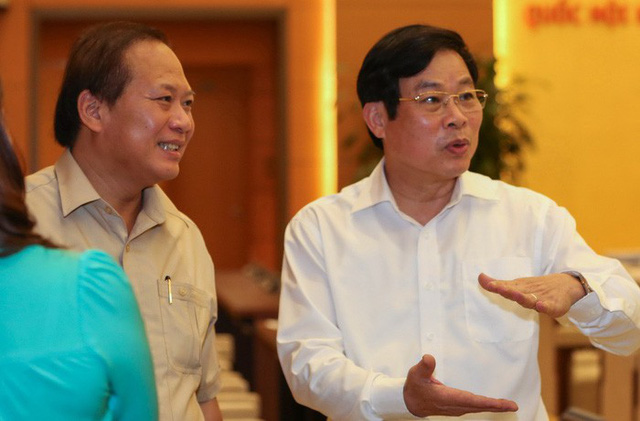 The former and current Vietnamese minister of communications are facing a crackdown over their roles in a now-aborted deal where state telecom company Mobifone tried to buy a 95 percent stake in AVG, a pay-per-view TV company.

The Central Inspection Committee of the Communist Party of Vietnam on Saturday requested competent authorities to impose suitable penalties upon Nguyen Bac Son and Truong Minh Tuan, who are former and incumbent Ministers of Information and Communications, respectively.

Son was held responsible for the violations and shortcomings of the ministry during his time in office from 2011 to 2016.

Tuan must also take responsibility for the wrongdoings of the agency during the period, when he was Son’s deputy.

In addition, Tuan, as minister for the 2016-21 period, is to blame for the violations of the ministry since April 2016.

The Central Inspection Committee asserted that Son and Tuan had committed “very serious” offenses for their involvement in the deal in which Mobifone attempted to buy a 95 percent stake in AVG.

Mobifone, an entity owned entirely by the state, has been under the management of the Ministry of Information and Communications (MIC) since December 2014.

AVG, a firm specializing in pay-per-view television services, first established its headquarters in the southern province of Binh Duong in 2008 and began broadcasting in 2011.

In late December of the same year, Mobifone signed a confidential contract to take over 95 percent of AVG’s stake, a deal that was valued at VND8.889 trillion ($391.1 million).

The Central Inspection Committee began a comprehensive examination of the transaction in July 2017, in coordination with the government inspectorate.

In March 2018, Mobifone and AVG reached an agreement to nullify their contract without any compensation.

As of April 24, AVG shareholders finished paying back the money to Mobifone, which had previously been divided into five transactions.

The government inspectorate stated that the deal could have caused losses worth over VND7 trillion ($308 million) to the state budget.

Given the severity of the case, the inspectorate transferred all files to the Ministry of Public Security so that legal proceedings would be initiated against those responsible.

Aside from Son and Tuan, the Central Inspection Committee stressed that Pham Dinh Trong, head of the business management division under the Ministry of Information and Communications, and Le Nam Tra and Cao Duy Hai, chairman and general director of Mobifone, had committed “very serious” violations.

Tra was previously expelled from the Party for his role in the case.