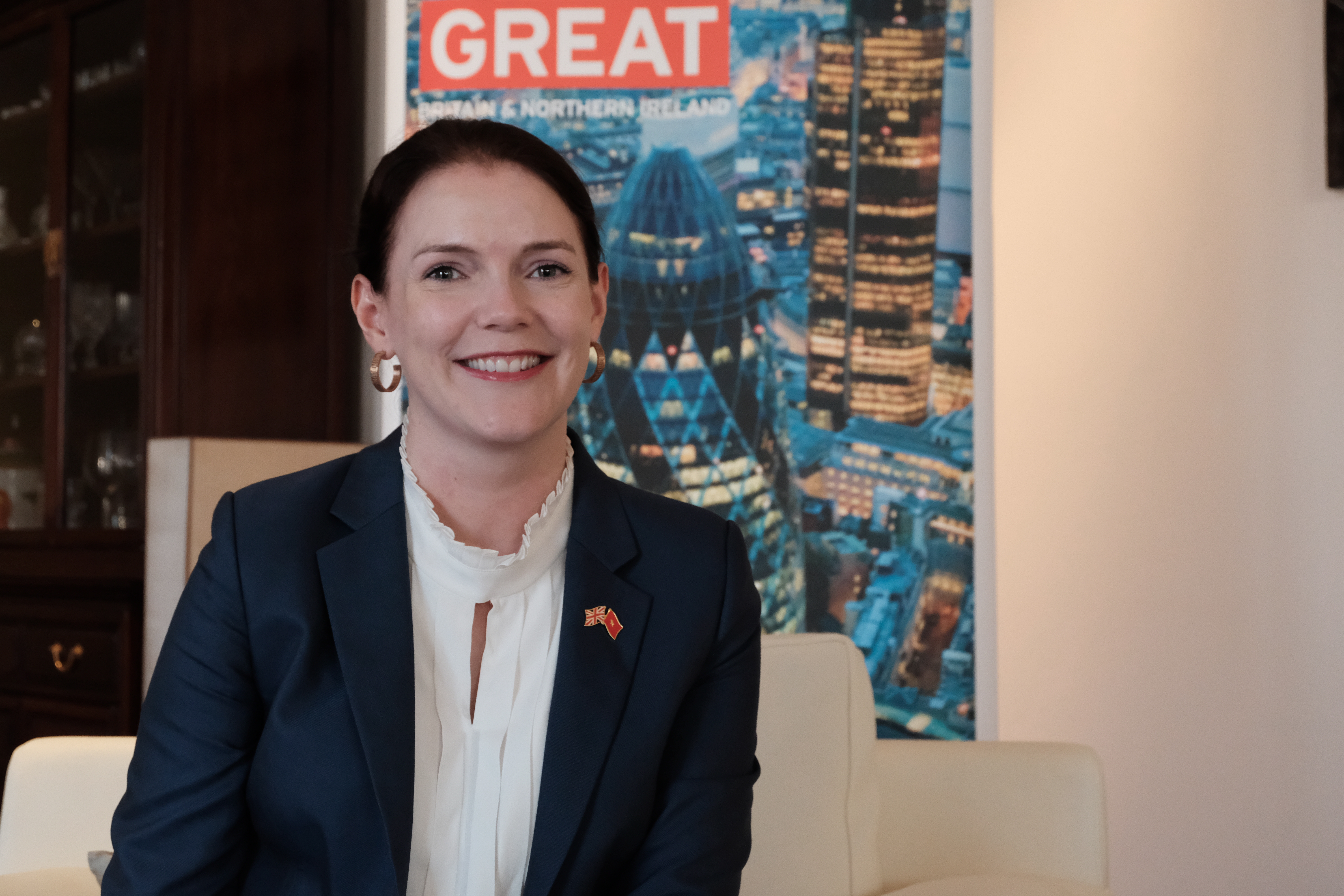 Financial technology (fintech), smart cities and e-commerce are some of the most promising areas for future cooperation between the UK and Vietnam, a British trade commissioner told Tuoi Tre News in an interview in Ho Chi Minh City last week.

The trade commissioner, who covers North-East Asia, Southeast Asia and Australasia, told Tuoi Tre News that she was fascinated by the vibrant market of Vietnam, especially in the technology sector.

As Vietnam plans to embrace the Fourth Industrial Revolution, Black underlined that this will bring both “incredible opportunities” and challenges to entrepreneurs in the Southeast Asian country.

But partnership with the UK can give Vietnam a huge advantage on this issue, she added.

“The UK and Vietnam have a lot of things in common,” she said.

“One of those things is how do we deal with an aging population.

“I hope we can use technology together to support each other and to deal with this challenge.”

Before being named a trade commissioner, Black was deputy head of the Number 10 Policy Unit, where she championed the UK’s tech sector and developed the new modern industrial strategy.

This explains why technology development easily triggers her interest.

Speaking of technology, the British trade commissioner asserted that smart cities, fintech and e-commerce are among the most promising areas for further cooperation between the two states.

“Smart cities must be a priority for both the UK and Vietnam.”

Crucially, Black added, fintech is thought to be in the heart of that trend in Vietnam, and the whole Asia-Pacific in general.

“One area I think we should do some work together further on is fintech,” she said.

“When you travel around the Asia-Pacific, you see more and more people are using less and less cash. They want to pay with their mobile [devices].”

Not only UK businesses, but the UK government also wants to lend Vietnam a hand on embracing the 4th industrial revolution, she said, adding that London is investing money through the UK Prosperity Fund and supporting the Vietnamese government.

For example, the UK government is using their overseas development aid to work closely with Ho Chi Minh City on smart city development, as well as connecting British businesses with Vietnamese startups.

The prospect is bright, the trade commissioner said as she expressed her impression on Vietnamese entrepreneurs.

“I think there is impressive work on e-commerce [in Vietnam],” she said.

“Vietnam itself is a large market, but a lot of entrepreneurs I have met have ambition not only for Southeast Asia, but also for Asia-Pacific and for Europe.”