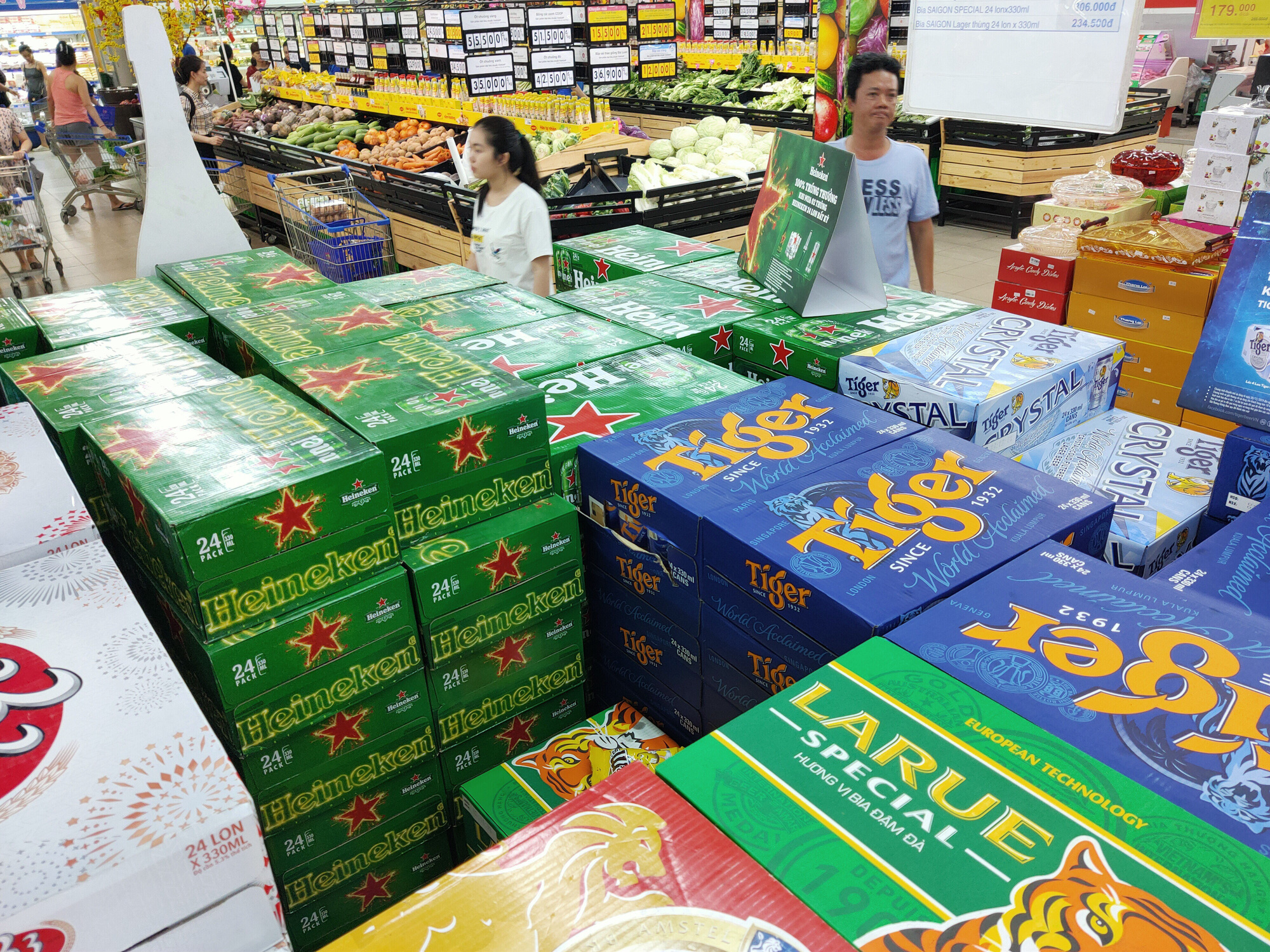 As Tet nears in Vietnam, locals typically prepare to shell out some extra cash for beer because prices traditionally rise to meet the spike in demand, considering locals stocking up for Lunar New Year parties and family get-togethers.

This year, for the first time in memory, prices seem to be falling, thanks to Vietnam’s recently enacted drink-driving laws which impose still penalties on anyone caught driving any vehicle with a breath or blood alcohol level higher than 0.

The new law, which came into effect on January 1, stipulates that drivers must be completely sober while operating bicycles, motorbikes, automobiles, and any other vehicles on Vietnam’s roads.

Those caught operating a vehicle with alcohol in their system now face fines of up to VND40 million ($1,730) per violation and a revocation of their driver's license for up to two years.

Since the beginning of the year, police officers throughout the country have been setting up breathalyzer checkpoints, causing many to think twice before having a drink and, overall, sending alcohol sales into a downward spiral.

After weeks of setting beer prices high in preparation for the Lunar New Year, which falls on January 25, to meet the high demand typical of the run-up to Vietnam’s most popular holiday, brewers in the Southeast Asian country have been forced to lower their rates in the hope of making up for sluggish sales.

In the last few days alone, beer prices have dropped by VND5,000 – 10,000 per 24-can box across all brands, said Thanh Yen, a beverages retailer in Tan Binh District, Ho Chi Minh City.

“Decree 100 [which specifies DUI fines] came into effect so close to Tet holiday and it’s been pretty shocking to us,” Yen said.

“Many retailers still haven’t sold out of their old inventory and probably won’t need to restock, so we expect beer prices to continue dropping the closer we get to Tet.”

Nguyen Tung, an authorized distributor for a local beer brand, said he had seen “unbelievably lackluster” sales from lower-level retailers over the past few weeks.

Tung estimated that beer sales have plummeted by nearly 30 percent compared to the same period last year and that he has had to cut his prices to meet the lower demand.

Meanwhile, the group of brewers who capture the majority of Vietnam’s beer market share have declined to comment on their Tet sales when reached by Tuoi Tre (Youth) newspaper.

A representative of a foreign brewery based in the Mekong Delta province of Long An said their wholesale price has remained unchanged and affirmed there is “no abrupt change” in the market this year, while refusing to disclose their output volume.

In supermarkets, beer prices do not seem to have budged since last week, though the demand is 20-25 percent lower than the same period last year, according to managers of beverages segments in various outlets contacted by Tuoi Tre.