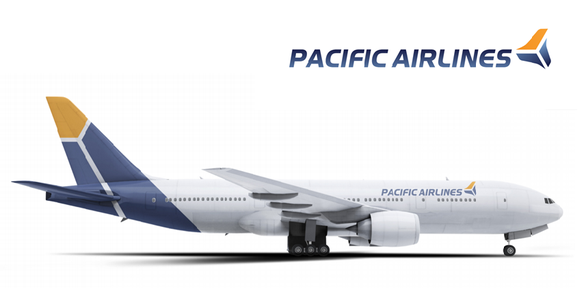 Jetstar Pacific Airlines’ shareholder Qantas Airways Ltd. is withdrawing from the joint venture and has plans to transfer its 30-percent stake in the budget carrier to Vietnam Airlines, the latter said in a statement on Monday.

Vietnam Airlines said on Monday it has reached an agreement with Qantas Airways for Jetstar Pacific to be rebranded as its original name, Pacific Airlines.

The name change was meant to improve the business operations and profitability of the Vietnamese majority-owned budget airline, while promoting the size and strength of the Vietnam Airlines brand in the domestic market.

Jetstar Pacific will carry out the necessary procedures to complete its transformation into Pacific Airlines with a new logo and brand identity.

The carrier will officially operate under the new brand pending government and regulatory approvals.

Pacific Airlines will also switch to Saber — a flight booking system used by Vietnam Airlines, from the current Navitaire system employed by Jetstar Pacific for the sake of network integration.

According to Vietnam Airlines’ deputy general director and Pacific Airlines’ chairman Trinh Hong Quang, the move will enhance the firm’s operational efficiency and competitiveness in both the traditional and budget aviation segments, steadily boosting its recovery post-COVID-19.

“With a highly competitive domestic market in Vietnam and the disruption caused by the coronavirus, the time is right to take advantage of the strength and scale of Vietnam Airlines in its home market,” said Jetstar CEO Gareth Evans.

Vietnam Airlines and Qantas will continue to review the budget carrier’s structure and future shareholding arrangements.

The arrangements include an option whereby Qantas Airways will transfer all its shareholdings in Jetstar Pacific to Vietnam Airlines.

Qantas’s involvement in Jetstar Pacific dates from 2007, when it received approval from the Vietnamese government to buy a 30-percent stake in the Vietnamese carrier, then-owned by the government via its State Capital Investment Corporation.

In 2012, Vietnam Airlines took over the government’s stake in Jetstar to become its majority owner.