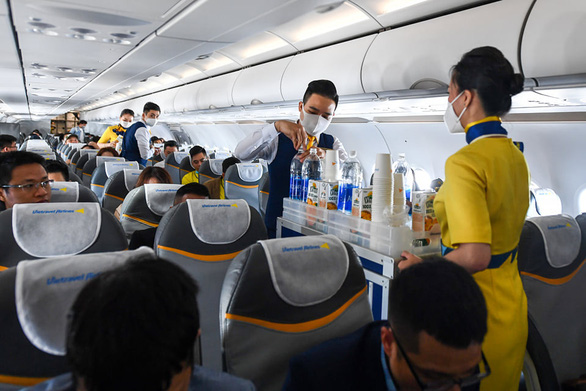 The Vietnam Travel and Marketing Transport JSC (Vietravel) has scotched rumors of its plan to sell Vietravel Airlines and announced the intention to separate the subsidiary from the company.

All information about the sale of Vietravel Airlines is false, said Nguyen Quoc Ky, chairman of Vietravel’s board of directors.

Vietravel, a leading travel agency in Vietnam, is actually looking for a strategic partner to coordinate with the firm in the management and operation of the new airline.

Ky also revealed that a number of partners have expressed their interest, stopping short of providing further information.

Vietravel Airlines, which launched maiden commercial flights in late January, is currently a subsidiary under Vietravel with a charter capital of VND700 billion (US$30.2 million).

After four months of operating in the aviation sector, Vietravel now plans to restructure its 100 percent stake in Vietravel Airlines in order to prevent losses from being counted in the travel agency's financial records.

According to the report by Vietravel’s management board, the firm’s revenue decreased more than 73 percent in 2020, with losses mounting to VND90 billion ($3.8 million) due to the COVID-19 pandemic.

The recovery of the travel sector has been lower than expected, Ky said.

"Restructuring and separating Vietravel Airlines from Vietravel are necessary and must be implemented soon,” Chairman Ky stated.

The plan will be presented to Vietravel’s shareholders during the upcoming meeting in late May.

Following the restructuring, Vietravel Airlines will no longer be directly owned by Vietravel, so its losses will not be calculated in Vietravel’s financial statements.

A new entity, Vietravel Holdings, will then become the parent company and own a majority stake in Vietravel and Vietravel Airlines.