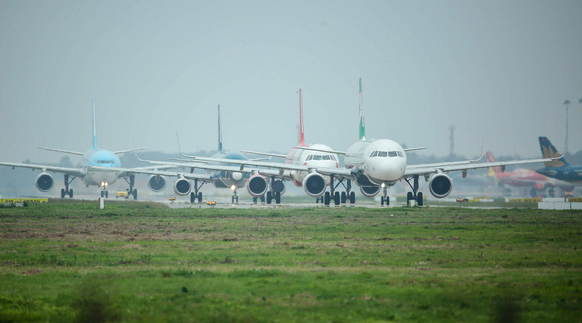 Vietnam is likely to have its first cargo airline soon as the establishment of such a carrier, worth over US$100 million, may be approved next year when the aviation market is projected to recover from the current COVID-19 outbreak.

Ho Chi Minh City-based IPP Air Cargo JSC, whose chairman is well-known entrepreneur Johnathan Hanh Nguyen, submitted an application to the Ministry of Planning and Investment and other relevant agencies in early June for setting up a cargo airline.

The new carrier, the first of its kind in Vietnam, will specialize in domestic and international cargo transport under the management of IPP Air Cargo, which registered its business on March 10 this year.

Regarding the application, the Civil Aviation Authority of Vietnam (CAAV) has asked the Ministry of Transport for instructions, since the prime minister last year agreed with the ministry’s proposal that any establishment of new airlines would only be considered upon the aviation market recovery, expected in 2022.

Based on specific directions from the transport ministry, the CAAV will provide the applicant with instructions on necessary procedures for the approval process.

Meanwhile, IPP Air Cargo expects to get a nod for its airline project in the third quarter of 2021 and obtain the air operator certificate later this year, so that its maiden commercial flights can begin operating in the second quarter of 2022.

The proposed firm will have a total investment of VND2.4 trillion ($105 million), of which 30 percent is the equity and the remaining is mobilized capital.

As estimated, IPP Air Cargo will operate five aircraft in its first year of operation, before expanding the fleet to seven and ten in the second and third year, respectively.

The carrier plans to transport about 115,000 metric tons of cargo and earn $71 million in revenue in the first year, and start generating profit in the fourth year of operation.

Vietnam now has no airline firm specializing in cargo transport, so more than 80 percent of the country’s air imports and exports are carried by foreign airlines.

Since the outbreak of the COVID-19 pandemic in early 2020, many Vietnamese airlines have used passenger aircraft to transport goods as a way to survive the sharp reduction in passenger numbers.