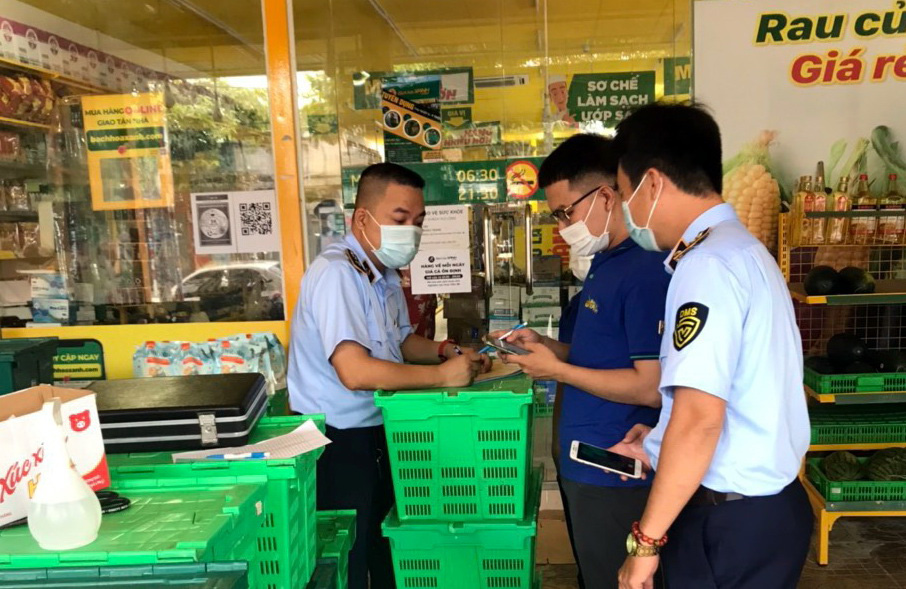 Ho Chi Minh City-based Bach Hoa Xanh Trading JSC, which runs a well-known grocery system under the namesake brand nationwide, has been fined for selling goods without price tags and many products beyond their use-by dates in southern Ba Ria - Vung Tau Province.

Market surveillance officers of Ba Ria - Vung Tau discovered the failure in price listing at two Bach Hoa Xanh stores and the sale of expired goods at another outlet of the chain in Vung Tau City.

After booking the two cases, the agency on Monday issued a decision to fine Bach Hoa Xanh Trading JSC and its general director Nong Van Dung VND4 million (US$174) and VND1.6 million ($70) for the said violations, respectively.

The expired items were also confiscated.

On the same day, Bach Hoa Xanh stores in Vung Tau removed or covered up the ‘no photography’ signs on their doors following a request by the provincial People’s Committee.

The signs were previously stuck on the stores’ glass doors to prevent customers from taking photos of the chain’s selling prices while food stores are not places where photography is prohibited according to the Vietnamese law.