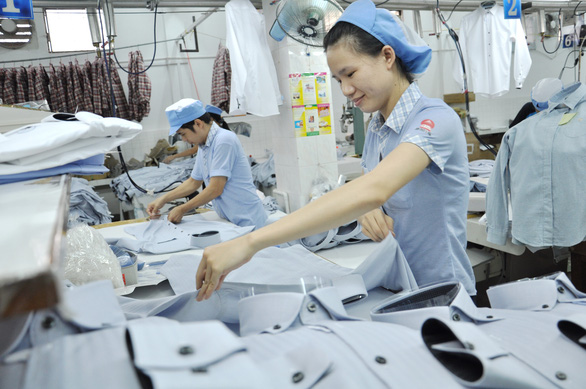 Vietnam has overtaken Bangladesh as the second-biggest garment exporter in the world, according to the latest data released by the World Trade Organization (WTO).

Vietnam sold US$29 billion worth of apparel merchandise to the global market in 2020, while Bangladesh’s garment exports were valued at $28 billion, the World Trade Statistical Review revealed.

As a result, Bangladesh’s share in global garment exports slipped to 6.3 percent last year from 6.8 percent a year earlier.

China remained the largest apparel exporter in 2020, despite a seven-percent year-on-year drop to $142 billion, or 31.6 percent of the global total.

According to Nguyen Thi Tuyet Mai, deputy secretary of the Vietnam Textile and Apparel Association (VITAS), Vietnam’s ascension to the second rank in global apparel exportation, as reported by WTO’s data, is “a match with the state of production and operation of domestic garment businesses in 2020.”

Although Bangladesh proves to have an edge on cheap labor, plus the ability to fulfill large orders with low prices, the country’s garment industry was hit hard by the COVID-19 pandemic, forcing international partners to redistribute orders to other countries, including Vietnam.

In the meantime, thanks to the early success in containing the epidemic, plus the country’s participation in international trade agreements, Vietnam has given its garment manufacturing industry a leg-up in attracting global demand.

From a mere 2.9 percent in 2010, Vietnam’s share in global apparel exports has jumped beyond twofold in just ten years, Mai pointed out.

However, Vietnam’s newly-acquired position is no longer a given in 2021, considering the country’s advantage in COVID-19 safety and control has been leveled.

As the coronavirus flared up in Vietnam in late April, inflicting damage of unprecedented level and forcing many factories to either close down or shrink production to ensure safety, domestic garment firms will face more struggles in the last quarter of the year, Mai predicted.

According to the Ministry of Industry and Trade, Vietnam’s garment export revenue amounted to $18.6 billion between January and July in 2021, a 14.1 percent surge compared to the previous year.

As of Wednesday morning, Vietnam had documented 174,461 coronavirus cases, with 50,831 recoveries and 2,071 deaths, according to the health ministry.

The country has recorded 170,563 local infections in 62 out of 63 provinces and cities since the flare-up on April 27.