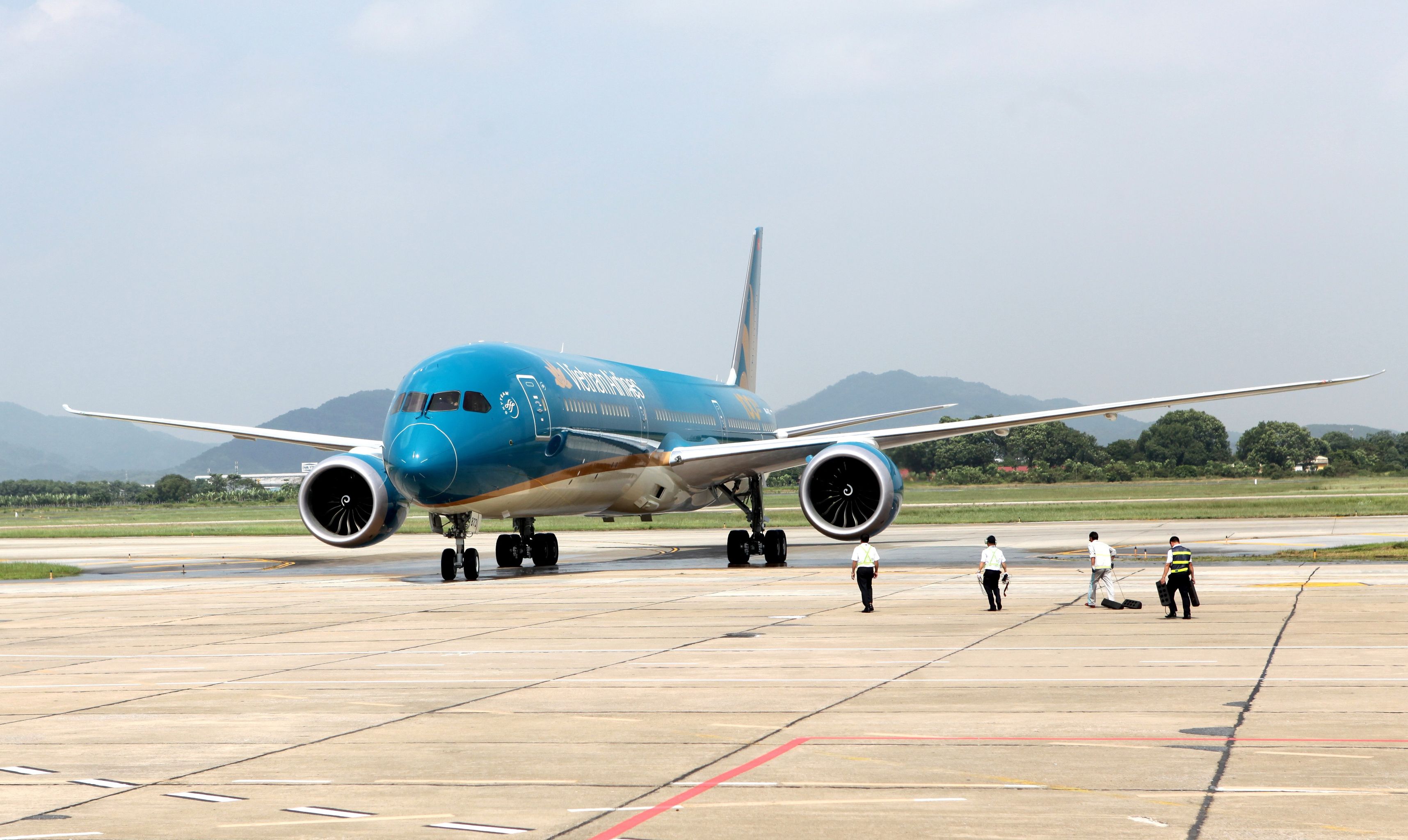 National carrier Vietnam Airlines (VNA) will operate two direct flights between Vietnam and the United States each week, with the first plane scheduled to take off on Sunday evening.

This will be the first time ever for a Vietnamese airline to operate a direct commercial flight between Vietnam and the U.S..

VNA previously received a foreign air operator certificate issued by the U.S. Federal Aviation Administration (FAA) on November 16, which allowed the carrier to run regular direct flights to the States.

In order to obtain the certificate, the airline had worked with nine U.S. agencies for about 15 months to complete the procedures, VNA's CEO Le Hong Ha told Tuoi Tre (Youth) newspaper in an interview.

The airline will run two direct flights between Vietnam and the U.S. each week, using the Boeing 787-9 Dreamliner aircraft, Ha continued.

The flight from Vietnam to the U.S. will take 13 hours and 50 minutes, while the return service will last for 16 hours and 40 minutes.

The frequency could be increased to seven flights per week if the COVID-19 pandemic is put under control and the Vietnamese government allows the resumption of regular international air routes.

VNA is working with U.S. authorities on the possibility of the second destination in Los Angeles.

Prior to the COVID-19 pandemic, the Vietnam-U.S. aviation market had enormous potential, Ha explained why the carrier decided to pursue the operation of regular flights to the U.S..

In 2019, this market reached 1.4 million passengers, while the average annual growth rate was about eight percent in the 2017-19 period.

Trade between the two countries has continuously grown in recent years, with bilateral turnover topping US$90 billion in 2020 and expected to reach $100 billion in 2021.

There are nearly 24,000 Vietnamese students and approximately 2.2 million overseas Vietnamese in the U.S., the VNA executive quoted 2020 statistics as saying.

The carrier believed that travel demand along this route would quickly recover after the pandemic is controlled and entry requirements are relaxed.

The COVID-19 pandemic has stalled the international aviation market, Ha continued, adding that the market may only recover by 2023.

The operation of direct flights to the U.S. is meant to improve VNA’s revenue and minimize financial losses due to excess resources during these hard times.

Regarding non-stop flights to the U.S., there are currently no aircraft capable of covering such a long distance, Ha elaborated.

An Airbus A350 or Boeing 787 is only able to perform the non-stop flights if they fly with 200 passengers and 100 empty seats.

Such an operation remains a challenge for VNA as the airline needs to balance its revenue and expenditure in this competitive market, Ha added.