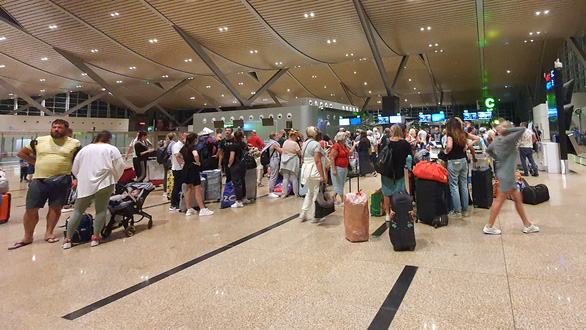 A Vietnamese tourism firm has announced it will suspend its services of sending Russian travelers to Khanh Hoa Province in response to the Russian government’s request that airlines cease carrying Russian nationals abroad amidst international sanctions imposed on the country.

The suspension comes amidst a decision from the Vietnamese government to restore its pre-pandemic visa exemption policy for citizens from 13 countries, including Russia, in order to attract foreign travelers to Vietnam, Dai said.

The company was preparing to expand its operations in Russia until Moscow commenced its attack on Ukraine on February 24, causing a sharp decline in Russian visitors to Vietnam, Dai said.

The Russian government later asked carriers to suspend taking Russian passengers out of the country on March 6, the executive added.

Consequently, Anex Vietnam canceled a number of scheduled flights and incurred losses, including the cost of the flight chartered to return the previously mentioned 300 Russian tourists to their country.

“There remains a demand by Russian to travel to Vietnam, but airlines cannot take off until the Russian government loosens its restrictions," Dai stated.

"The Russian attack in Ukraine is still taking place, so we do not know when we will welcome Russian visitors again.”

Dai did, however, affirm that his company will once again bring Russian travelers to Vietnam when Russia lifts its restrictions.

Russia was one of the main sources of visitors to the province before the COVID-19 epidemic hit Vietnam in early 2020, said Tran Minh Duc, vice-chairman of the Nha Trang - Khanh Hoa Tourism Association.

Aside from preparations to receive Russian travelers, the province should proceed with attracting visitors from other markets, including Japan and South Korea, Duc advised.

Vietnam reopened the economy in a strategy of safe and flexible adaptation to and effective control of COVID-19 on October 1, 2021 and has removed all restrictions on international air passenger transport since February 15 after nearly two years of border closure due to the coronavirus.

On Tuesday, the country fully reopened to international tourism after pausing its reception of foreign travelers since March 2020 because of the pandemic.