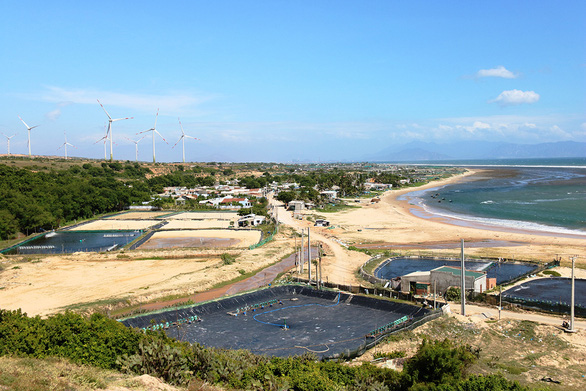 The Economic Committee of the National Assembly has proposed that Vietnam restart a suspended nuclear power project in south-central Ninh Thuan Province to ensure the country’s ability to develop nuclear power in the future and to help achieve its environmental protection goal by 2050.

The Economic Committee has submitted a report on the implementation of Resolution 31 of the National Assembly, which was issued to suspend the Ninh Thuan nuclear power project in the namesake province in 2016.

In the report, the committee stated that Vietnam would potentially face challenges brought about by electricity shortage in the 2021-25 period.

The competitive electricity market has not been developed in a synchronous manner, while the power pricing mechanism has been improved slowly.

The country’s power source has yet to guarantee sustainable development and still has a negative impact on the environment.

Vietnam previously pledged to reach its net-zero carbon emissions target by 2050 at the UN Climate Change Conference (COP26) in the UK last year, which requires the country to have a strategy to ensure national energy security and limit carbon emissions in the long run.

Meanwhile, nuclear power is a low-emission source of electricity.

The Economic Committee believed that the Ninh Thuan nuclear power project, if formally terminated, would inhibit the country’s ability to develop nuclear power in the future, as well as affect the relations between Vietnam and its partners.

The government and relevant agencies should evaluate comprehensively, scientifically, and accurately the current situation as well as make forecasts on energy supply and demand in the coming time, the committee said.

They should also prepare a suitable proposal on the development of nuclear power in the future and present it to relevant bodies.

The Ninh Thuan nuclear power project was approved by the National Assembly in November 2009.

It was designed to have two main factories, each with the capacity of about 2,000MW.

In November 2016, the National Assembly passed a resolution on suspending the project.

The government later announced that the suspension was to concentrate efforts on other key projects.

Prior to the suspension, seven sub-projects had been invested by the Vietnam Electricity Group (EVN) and Ninh Thuan People’s Committee with the total costs of about VND2.3 trillion (US$99.1 million), VnExpress newspaper reported.

According to the report of the Economic Committee, people living in the affected areas are still facing difficulties in trading their land plots and struggling to stabilize production, which has resulted in the waste of land resources.

Some issues related to taxes and costs that have confronted the EVN during the preparation and implementation of the project have not been solved.

There are also difficulties in handling commitments and agreements signed with foreign partners.