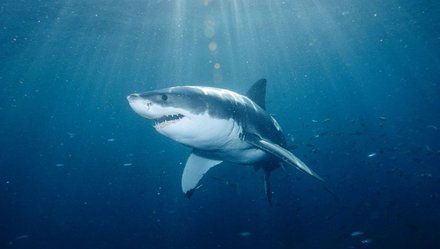 You can blame a lot on those Internet sharks – it’s not just undersea cables, social connections and doing business, but also your state of mind, mood and willingness to kill ordinary people. Did you even check that the Wi-Fi is switched on first?

Spookily, I started writing this article prior to “Black Wednesday” – the night the Internet died in Da Nang and Hoi An. Search any international website and you got zippo, nada, nothing. Even many local sites were inaccessible – the first time that’s happened in the nearly ten years I’ve been here.

Between those pesky Internet sharks, pollution killing the beaches and the locals fishing with hand grenades, Vietnam should reconsider its claim of being the perfect beach destination. Stivi don’t swim anyway, uh-huh, no way, not me baby.

Although it would be a white lie, the country should consider promoting itself as the ideal skiing location, especially when you think about how many cable cars there are in this country. We could make a new industry selling bamboo skis and creating artificial sand slopes inside national parks and revered local nature reserves.

No but seriously, I don’t hold a grudge against those poor sharks, they’re not as sneaky as a Cambodian casino or as treacherous as an uncaring Vietnamese landlord when returning your deposit money. Internet sharks are doing what comes naturally – chomping through stuff the same as they’ve done for millions of years.

Among both my Vietnamese and expat friends, the howls of frustration whenever the Internet is ‘down’ or slow are louder than my neighbors’ karaoke nights and often become a great source of amusement on social media forums. Post-connection drama queens snarl about the oh-so cheap Internet fees they pay, while befuddled bar owners with a bone to pick vent their grievances later... ironically, via the Internet!

What about phoning people, I hear you say? Well it’s a nice idea but usually my students use their mum’s phone number and she doesn’t speak English so trying to explain that little Joey hasn’t done his homework on time becomes a surreal experience, similar to trying to talk underwater.

It’s extraordinary how the Internet has changed the world and I’m glad I was born during the vast technological transformations of the 20th and 21st centuries. I’ll spare you all the ‘When I was a boy, a phone was heavy!’ stories. It’s quite handy to send messages when you’re not really in the mood to talk or chat about the surreal state of the world on Facebook.

Funnily enough, these ‘downtime’ moments when I’m orphaned from cyberspace forces me to catch up on the million in-real-life projects that I’ve procrastinated about for weeks. It’s startling how many chores I’ve allowed to grow larger or how much work has piled up. Gotta write more, draw more and get those lesson plans done. An English teacher’s work is never done!

I also have to admit that it gets me out of the house when I can no longer flirt online and I have to look for real people to interact with. I often use these occasions of online sensory deprivation to check out new restaurants and bars. Surprising how many expats landing in central Vietnam all come up with the same idea – sell, cook, make, bake, BBQ and deliver! All food!

But it can be a trap, can’t it? We rely to a fair extent nowadays on online recommendations, updates on new menus and who’s playing live at which venue – so what you do when all that digital info is being eaten by those horrible, mean sharks? Explore, of course!

This is the national summer evening pastime of many middle-class young Vietnamese. I pity the overly optimistic Vietnamese café owner who spends buckets of money on interior decorating, Hollywood lighting systems and a fancy menu. Their customer base is a fickle lot – moving on to the next grand opening and newest razzle-dazzle café within weeks.

Expats on the other hand can be far harsher in some ways, posting online reviews within days that can make or break a small business, particularly a foreigner-operated venue, given the generally higher expectations. And that’s another thing you can miss when the Internet’s crashed – those online squabbles and the trolling that entertains you during rainy season nights when the cat or dog is chewing your shoes and all you can do is click on the next comment.

All in all, the Internet sharks aren’t all bad – there’s a chance somewhere in your withdrawal phase to rejoin the human race (or that part that you actually like) and do something you haven’t done for ages – like reading a book, hugging your lover or leaving the house.

Save the Internet sharks!