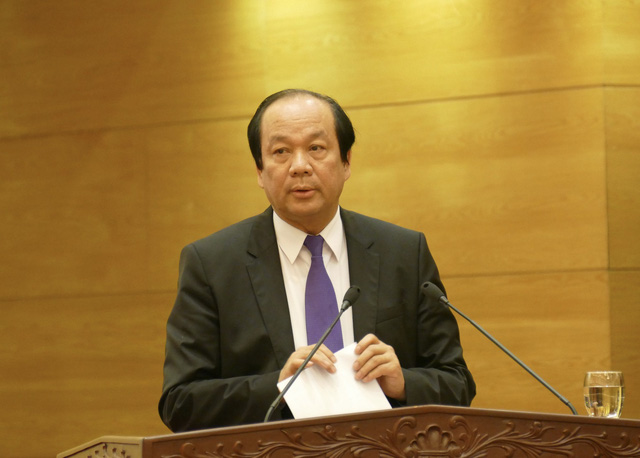 Ninety-four people who were recently promoted to professors and associate professors in Vietnam have been found to fall short of national requirements for the academic ranks, a government spokesperson told the media on Thursday.

These candidates were among over 1,200 who received the promotion in 2017, said Mai Tien Dung, Minister and Chairman of the Government Office.

Public skepticism clouded the announcement of 1,226 newly promoted professors and associate professors in early February, with experts questioning an unusual hike in the number of promotions compared to previous years.

Between 2011 and 2016, only 553 professors and associate professors were promoted yearly in the Southeast Asian country.

The aspersions prompted Vietnamese Prime Minister Nguyen Xuan Phuc to order a comprehensive review of all candidate profiles, a task undertaken by a special committee of the Ministry of Education and Training.

Among those under review was Minister of Health Nguyen Thi Kim Tien, who heads the departments of microbiology and medical sociology at the Ho Chi Minh City University of Medicine and Pharmacy alongside her government post.

“According to early reports from the Ministry of Education and Training, 94 of those reviewed were found lacking qualifications required by national standards to be certified professors and associate professors,” Minister Dung told the media on the sidelines of a regular government meeting in Hanoi on Thursday.

The government spokesperson added that the 94 candidates had been found to lack lecturing hours and research papers required for the certification.

“The PM has given clear directions for the review to continue with seriousness and demanded a full report by the next government meeting,” he added.

Last year also saw the promotion of the youngest professor ever in Vietnam, Professor Pham Hoang Hiep from the Institute of Mathematics in Hanoi.

Hiep was born in 1982 and was only 35 when he was promoted to the rank of a professor.