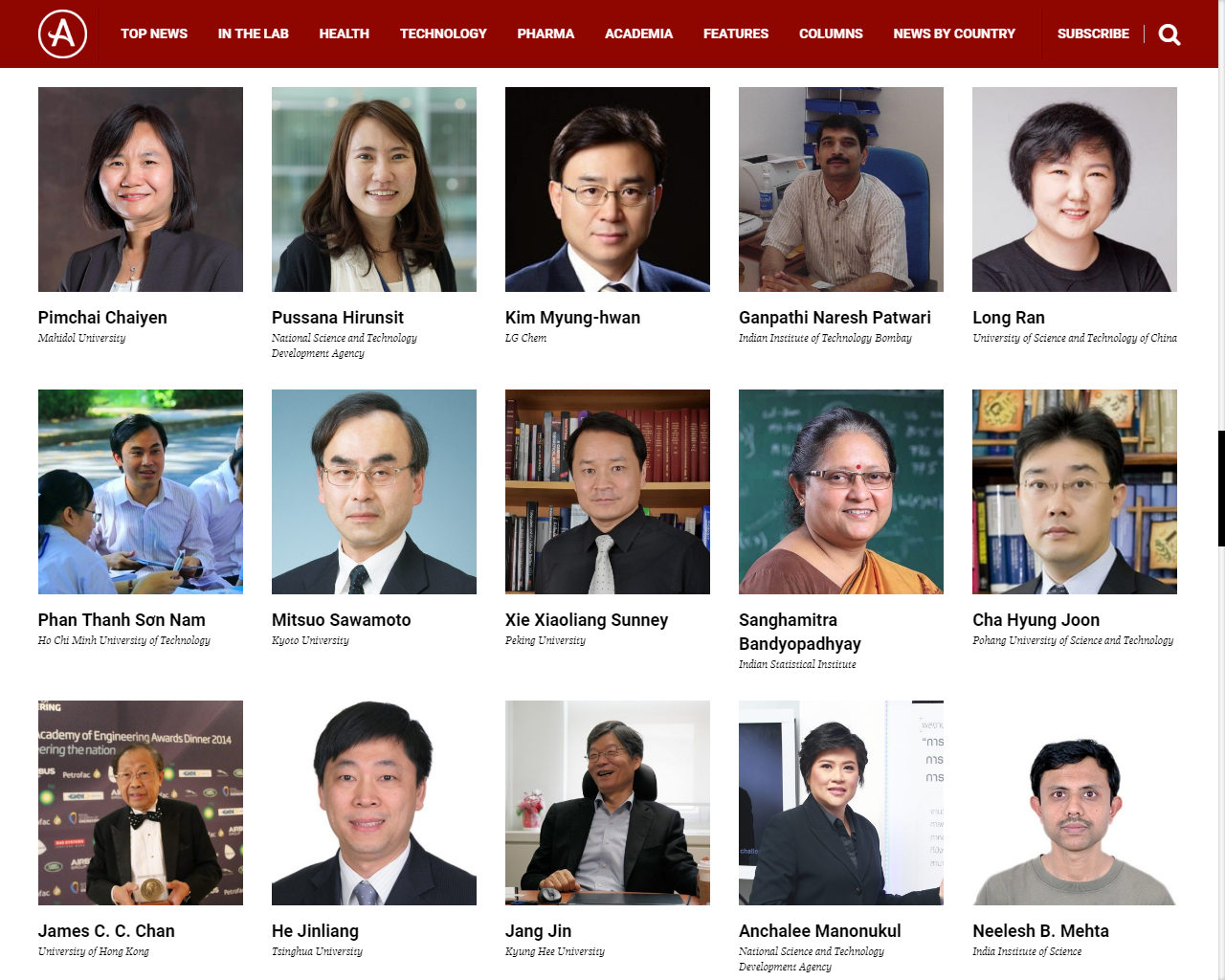 Two Vietnamese scientists have been listed in the 2018 edition of Asian Scientist 100, an annual listing of the region’s top academics by the Singapore-based magazine.

Prof. Dr. Phan Thanh Son Nam from the Ho Chi Minh City University of Technology and Assoc. Prof. Dr. Nguyen Sum from Quy Nhon University were honored in the list for their accomplishments in chemistry and mathematics, respectively.

The Asian Scientist 100 list, which honors Asia’s top 100 researchers, academics and innovators, has been compiled and published by Singapore-based science and technology magazineAsian Scientist since 2016.

Each of the 100 honorees is qualified by having won a national or international prize in 2017 for their scientific research or leadership, according to the magazine’s website.

“Together, they represent the best of what Asia has to offer the scientific community at large,” an introduction to the list reads.

Both of the Vietnamese scientists were honored thanks to their winning of the 2017 Ta Quang Buu Awards, which is awarded by Vietnam’s Ministry of Science and Technology to local scientists with remarkable contribution to fundamental research in natural sciences and technology.

Dr. Phan Thanh Son Nam was the lead author of an excellent work on molecular catalysts in organic transformation.

Specifically, his work explored the application of metal-organic frameworks as catalysts for the synthesis of propargylamine organic matters.

The study, which Nam co-authored with four of his Vietnamese colleagues, has been cited 21 times in scientific research globally.

Meanwhile, Dr. Nguyen Sum was honored for his work on topology, a branch of mathematics dealing with properties of space that are preserved under continuous deformations.

Sum’s work was praised for its solving of a unique case of the famous Peterson hit problem, posed by U.S. mathematician Frank Peterson 30 years ago.