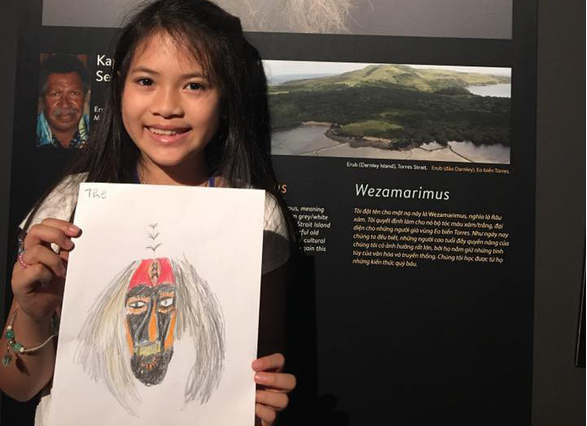 Vietnam’s Ministry of Education and Training has commended a sixth-grader for her call on schools to ditch the tradition of releasing balloons to mark a new academic year, and recommended that education institutions seriously consider her suggestion.

Nguyen Nguyet Linh, who will enter six grade after this summer, said in an email sent to the headmasters of 40 schools in Hanoi that balloon release takes a toll on the environment, given the fact that balloons are made of rubber, which would turn into plastic waste.

The proposition made headlines last week and the education ministry responded to the call of the 11-year-old on Monday.

Speaking to the media in Hanoi, Deputy Minister of Education and Training Nguyen Thi Nghia said her ministry appreciates and supports Linh's practical and meaningful proposal.

“I have learned that many schools in Hanoi and other localities have also known of Linh's great idea and all have showed appreciation and support for her proposition,” Nghia said.

Nghia expressed her expectation that the sixth-grader’s action will help raise awareness of environmental issues among students countrywide.

The deputy minister emphasized that such a praiseworthy idea should be encouraged, adding that schools in Vietnam should find other creative and eco-friendlier ways to create an exciting atmosphere at academic year opening ceremonies without having to release balloons to the sky.

“The Ministry of Education and Training hopes students across the country will come up with more great ideas for environmental protection in the future,” the deputy minister said.

In Vietnam, schools usually have students release balloons to the sky to mark the beginning of a new academic year at the school-year opening ceremony, usually held in early September.

But Linh warned in her email to the headmasters that once released, balloons can be accidentally swallowed by birds and other animals, blocking their digestive tract and causing them to die from hunger.

“If the balloons end up in the ocean, sea turtles and other sea animals can mistake them for jellyfish,” she wrote.

The young student said ribbons and rubber bands used for tying up balloons can also choke animals and kill them, thus proposing putting an end to the long-standing tradition with such a huge environmental impact.

“Or may I suggest at least reducing the number of balloons being released?” she wrote.

Linh will start her six grade at the Hanoi-based Marie Curie All-through School this September.