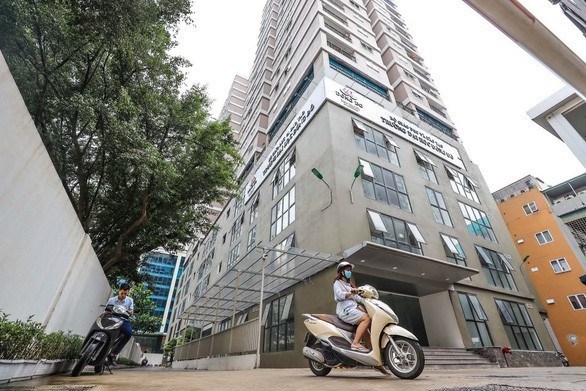 Several civil servants have been discovered among over 600 individuals implicated in a scandal in which a Hanoi university had been issuing fake second bachelor’s degrees in English studies.

An investigation by the Ministry of Public Security recently revealed that Dong Do University, located in Thanh Xuan District, Hanoi, had granted as many as 626 bogus English bachelor's degrees, 216 of which have been verified.

Among the verified cases, 23 people had their degrees deemed invalid as Dong Do University is not licensed to offer training programs for a second bachelor’s degree.

The other 193 people had never enrolled in the school or had failed to meet requirements to be granted their degrees.

Fifty-five of them had already used the degrees to apply for postgraduate education or to defend their doctoral thesis.

One of them used the qualification for master's thesis defense, while another obtained it to participate in public servant recruitment exams.

An inspector used the fake degree to take part in an examination for rank promotion, and two public officials declared the qualification in their personal background.

The Ministry of Public Security has asked relevant authorities to impose suitable penalties upon the implicated officials.

For those who have not used their bogus degrees, investigators have asked the Ministry of Education and Training to revoke he qualifications.

According to investigators, Dong Do University is not licensed to offer training programs for second degrees, but the school had announced its plan to admit hundreds of students every year from 2015 to 2018 for its second bachelor's degree courses.

The student admission plan was submitted to the Ministry of Education and Training each year and was approved.

The admission announcement was also posted on the university admission portal of the education ministry.

The public security ministry stated that those responsible for the process should also be disciplined.