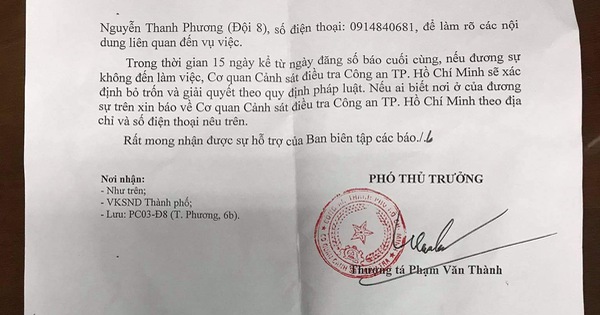 Police in Ho Chi Minh City are searching for the directors of two English language centers after they were accused of appropriating tuition fees from many learners.

Officers under the municipal Department of Public Security confirmed on Saturday they were verifying the accusation against Eagle Education International English Center and Eagle English International School.

The two facilities reportedly charged learners’ tuition fees but did not run enough courses as promised.

Early reports showed that the directors of the two venues, Tran Minh Tuan and Nguyen Truong Giang, had left their places of residence since December 2020.

Residents who have information on Tuan and Giang’s whereabouts are advised to contact police officers at the above address and phone number.

If the two individuals do not show up within 15 days, officers will conclude that they have run away and will deal with the case according to the law.