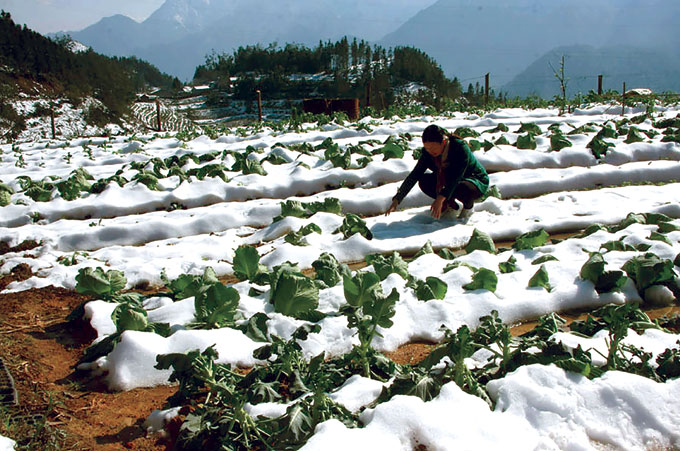 Unusual snowfall and frost in the northern province of Lao Cai have caused an estimated loss of VND15 billion (US$711,068) to vegetable and cattle.

In Sa Pa, more than 150 hectares of vegetables and crops and 3,000m2 of orchids are damaged which causes an estimated loss of over VND1 billion (US$47,404). Also, the unusual weather has unroofed six houses and caused a wall of another house to collapse.

The damage caused by frost and heavy snowfall in Bat Xat district is as serious as in Sa Pa as the thickness of snow in this locality is measured at 40cm. Hundreds of hectares of vegetables are seen buried in snow.