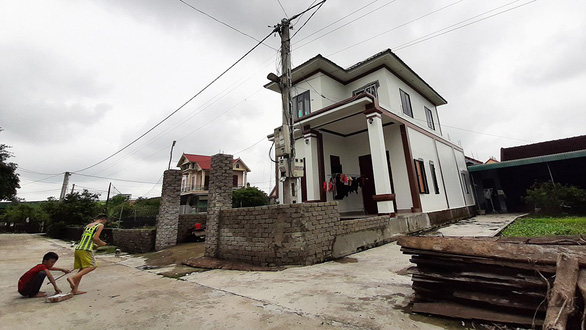 In Vietnam, an illicit system involving both overseas Vietnamese and those living in the country has been sending people across borders in search of a better life in Europe.

British police said on Friday they believe all 39 people found dead in a truck container in Essex near London on October 23 were Vietnamese nationals.

On the same day, police in the north-central Vietnamese province of Ha Tinh said they had launched criminal proceedings against and arrested two people suspected of illegally sending migrants abroad.

The two suspects are believed to be involved in the case where ten residents in Ha Tinh have been reported “missing” by their families while attempting to get into the UK.

On Monday, the police chief of neighboring Nghe An Province said eight more people had been arrested in connection with the incident, the Vietnam News Agency reported, bringing the total number of arrests in Vietnam to ten.

One week after the discovery of the 39 bodies in Essex, Tuoi Tre (Youth) newspaper journalists were in the small town of Nghen in Can Loc District, Ha Tinh, where a number of families had reported to authorities that their members might be among the victims, to learn about the workings of illegal rings that had been sending locals to Europe.

The first person your correspondents met was Pham Van Thin, father of Pham Thi Tra My - who had left for China on October 3 with the intention of getting into the UK and is now feared to be among the 39 Essex victims.

Thin told Tuoi Tre that a local man named Tr. had arranged everything necessary for My to go to China.

According to local people, Tr. is just over 30 years old and was himself an illegal migrant to the UK in the past.

After returning to Vietnam, Tr. became a “broker” who “specializes” in completing initial procedures for Vietnamese people seeking to enter and make money in the UK.

Local people refer to those like Tr. as “the bridge,” adding that there are “higher bridges” in the network, including the man’s in-laws, some of whom are living in Ha Tinh while others reside overseas.

When your correspondents arrived at what is said to be Tr.’s home in Thien Loc Commune, Can Loc District, neighbors said they had not seen Tr. since the news broke about the discovery of the 39 bodies in Essex, and that his house had been shut since.

Five people from Thien Loc Commune have been reported “missing” by family members after traveling to the UK via such underground networks at a time that coincides with the Essex incident.

A local man named T.B. is said to be a “good bridge” in Thien Loc.

T.B. has sent several Vietnamese migrants to the UK successfully, according to people who said they had paid for the man’s service.

The journey typically includes a transit in China, where the illicit migrants will wait for a few days before obtaining a visa for France, the final leg of their journey before reaching the UK.

“T.B. only takes some thousands of dollars in commission for each migrant who has arrived safely in the UK,” N., a local man who used to go on such a journey, told Tuoi Tre.

Like Tr., T.B. had been away from home a few days before your correspondents arrived at his house last week.

“He left the house a few days ago. I don’t know where he went. Please stop asking me,” T.B.’s mother told Tuoi Tre.

Following the recommendation of local residents in Do Thanh Commune, Yen Thanh District, Nghe An Province, a Tuoi Tre journalist went undercover as a prospective migrant to meet H., the male owner of a family-run grocery store in the neighborhood.

H., known among locals as a broker for overseas migration, assured your correspondent that his “line” is very safe.

He asked for $16,000 to send your correspondent to Europe, promising an “easy job with high salary” that does not require knowledge of any foreign language.

“My side will take care of your visa procedures, which often take about three months,” H. told your correspondent.

He also offered another “fast-track” package, costing about $23,000, where a visa can be obtained in only one month.

H. explained that his “customers” will enter Europe with tourist visas.

“After arriving [in Europe], you can work in nail salons, restaurants, and food stores, where you can earn a monthly income of not less than $2,000,” H. said, convincing your correspondent that the break-even can be reached in a few months.

Likewise, T., a 40-year-old woman in Do Thanh, also recommended your correspondent a “line” to get to and work illegally in Europe at a cost of $16,000 per person.

“For strangers like you, a deposit of $1,000-2,000 is required and the rest can be paid after you have safely arrived at the desired destination,” T. told your correspondent.

T. said that she and her husband had borrowed more than VND400 million ($17,240) to pay for her eldest son to enter the UK five years ago.

After illicitly migrating to the UK, T.’s eldest son has been working at a nail salon and regularly sent money home.

With the remittances, T.’s family has been able to pay off the VND400 million debt, as well as building a two-story new house.

T.’s second son followed in his older brother’s footsteps one month ago, she said.

According to T., her sons flew from Vietnam to Russia on tourist visas, walked across forests before boarding container trucks to get into Europe.

“In this entire commune, each family has at least one member who has gone to work abroad [in this way],” T. said.