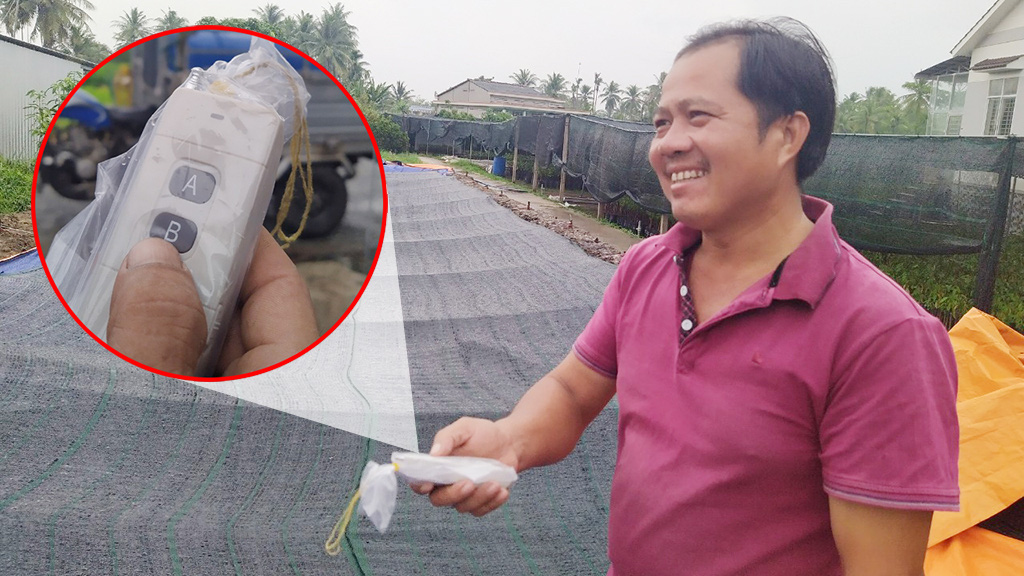 With his miniature reservoir project, Vietnamese Le Van Chen refuses to let the ongoing scarcity of fresh water in the Mekong Delta province of Ben Tre affect the daily lives of local residents.

The persistent saltwater intrusion that has ravaged Mekong Delta crops and paddy fields over the past few years has left many local residents with little choice but to purchase fresh water for daily use at exorbitant prices.

Refusing to let his neighbors suffer, Chen, a 44-year-old resident in Ben Tre’s Long Thoi Commune, Cho Lach District, has been giving hundreds of nearby households free-flow access to his homemade freshwater reservoir.

Each day, dozens of locals from the surrounding neighborhoods line up near Chen’s reservoir, awaiting their turn to collect water, transforming the otherwise serene, orchard-lined locale into a bustling frenzy of pumps, running water, and jerry-built cars.

A heart of gold

Ben Tre residents thought they were getting a much-needed break from hardship when signs of saltwater intrusion began to disappear in late 2019, but that joy was short-lived.

Within weeks, the saline water returned and hit the region harder than ever before, transforming once fertile soil into barren land unfit for farming.

Watching his neighbors travel long distances to purchase expensive containers of clean water, Chen knew he had to take action.

After a brief discussion with his wife, he decided to use his earnings from last year’s jackfruit crop to dig a well on his property to which he would offer his neighbors unfettered access.

When the well water turned out to have also been contaminated with salt, Chen decided to take another stab at helping the community.

With encouragement from his wife, mother, sister, and nephews, he scraped together VND50 million (US$2,100) to build a 400-cubic-meter freshwater reservoir at his house.

It took just days to build the reservoir and put the three-meter-tall water barrels into operation.

Local residents who wish to fill cans simply need to walk up and push a button to get the tap water running and push it again to cut the flow.

Trucks can fill barrels from the reservoir through a hose.

Neighbors who cannot make it to Chen’s house can have water delivered by his nephews for free.

According to Chen, most of the water in the reservoir is sourced from passing barges and residents from around the region who carry fresh water to the container by boat.

The reservoir, he said, is typically emptied almost immediately by eagerly awaiting residents and small trucks.

Inspired by Chen’s service, Lam Quang Tuyen, 43, decided to help out by purchasing a car and water tank for VND28 million ($1,200) to carry water to those who cannot make it to Chen’s house.

“So many people are grateful to [Chen]. He’s willing to go out of his way for others and doesn’t ask for appreciation at all,” said his mother, Dang Thi Bich, 84.

Chen said it is him who feels thankful, particularly for the financial support he has received from his wife and sister.

“I’m glad to be of assistance. I’ll continue to buy water whenever I can get my hands on it,” Chen said, expressing his gratitude to those who help make his service possible.