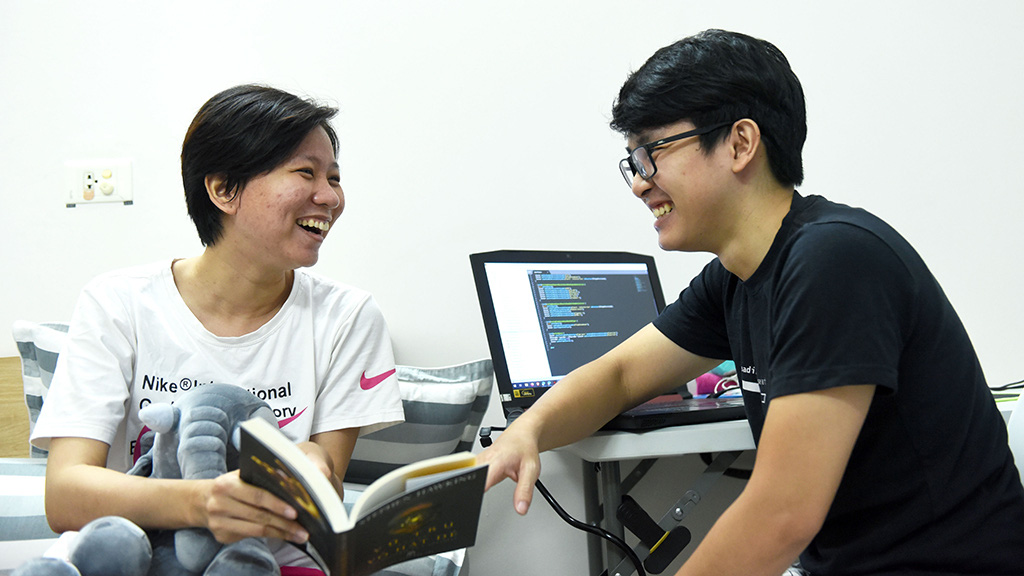 A Vietnamese mother from the Mekong Delta province of Dong Thap has donated her best kidney to her daughter suffering from kidney disease, despite doctors advising that keeping it and giving the other, less healthy kidney would be better for her own health.

Though doctors in Ho Chi Minh City recommended the mother to donate her left kidney so that she might live a higher quality life, the woman was adamant about donating her healthiest kidney to her daughter.

“When I opened my eyes after the transplant I was hit with a sense of relief knowing that I was healthy and my mom was recovering. I felt like I was born again,” said Ngo Thuy Phuong Thanh, 27, from her hospital bed shortly after the surgery.

Those feelings of happiness were echoed by Thanh’s mother.

“As a mother, I could only focus on how to save my child. The disease had made her much weaker, but she always remained optimistic and that gave me encouragement,” she said.

For Thanh’s mother, a single parent, the decision to donate a kidney was a no-brainer.

“It’s lucky that I was able to donate a kidney to my child. I don’t mind going through pain as long as I know she is healthy,” she said.

Thanh never fully realized how important she was to her mother until the transplant. Even now, despite the success of the surgery, the young lady still has trouble comprehending the sacrifice her mother made for her.

“I never imagined that my mom could be so brave. She is normally so timid that taking a blood sample is enough to make her cry. She’s terrified of pain!” Thanh said.

It took Thanh nearly two weeks of hospital bed rest to recover from the surgery, but within days her mother had already returned home to Cao Lanh, the capital of Dong Thap Province, to care for her three younger children.

Now, even after her discharge, Thanh is still living in Ho Chi Minh City at a boarding house in District 8 near the hospital where she goes for regular check-ups.

According to Thanh, the kidney donation is just the latest of a lifetime of sacrifices that her mother – a single woman who raises four children – has made for the family, and it was a sacrifice she made without hesitation.

Before the surgery, Thanh spent a great deal of time working about how they would pay for hospital bills, but her mother still insisted they undergo the necessary tests to see if they qualified for the transplant. Finances could be worried about later, she said.

When doctors gave the green light for the operation, Thanh’s boyfriend’s family wound up lending her the money for the surgery and on June 1 the mother-daughter duo went into the operating theater.

When doctors first told Thanh she would have to undergo dialysis – the process of cleaning toxins from the blood using a special machine because of poor functioning kidneys – she felt little hope she would be able to survive her condition.

One month later, when her body was still functioning normally, she started to regain hope that she might survive and began reading stories of people who rebuilt their lives after kidney failure.

The more she learned about other patients who had survived, the more she viewed kidney disease as a mere obstacle for her to overcome.

She regained her sense of optimism, adhered to doctors’ strict diet and treatment regimens, and went back to work as if nothing had happened.

In fact, she lived such a normal life that many of her friends never realized she was sick.

Now, as a kidney disease survivor herself, she intends to create a YouTube channel to help spread awareness of the disease so that she can give hope to others going through what she went through.

Her primary goal is to show others that remaining in high spirits is the key to alleviating hardship.

These days, the young woman looks to the future with confidence, excited to give her mother the same care her mother once gave her.

She plans to begin work in August or September in order to provide for her family and pay back her boyfriend’s family for their generous loan.

She also hopes to purchase an apartment so that her family can live with her in Ho Chi Minh City.