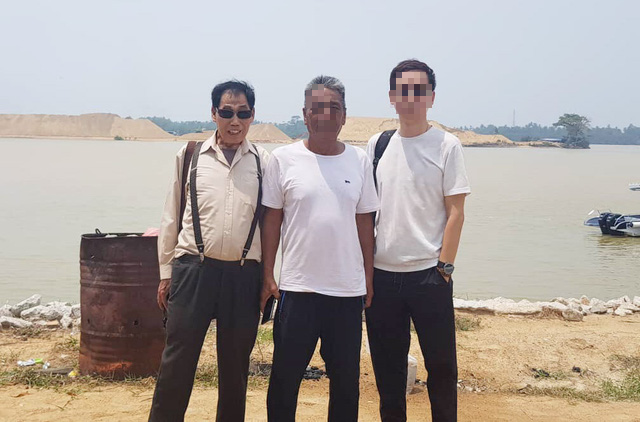 After spending his last 30 years in Vietnam, Canadian businessman James Chor Hang Chow was incarcerated following a wrongful conviction. To this date, he has not received any payout or apology for the travesty of justice he suffered.

A case of blood infection rendered him bed-ridden in an isolated room, yet he still exhibited cognitive function with a slight nod in greeting as his lawyer entered the room.

However, his condition quickly worsened, and on June 30, he drew his last breath at the hospital without any family present and his fortune evaporated.

As a person with no family connection in Vietnam, Chow found himself being taken care of entirely by Dang Thanh Long, his former translator-turned-caretaker, who had him hospitalized after he became unable to walk on his own.

“He was six months behind on rent, had no money for food, and could not afford medical care despite suffering from severe necrosis in his buttocks. Upon seeing that, I had to bring him to the hospital and pay his bills using my own money as well as money lent on my behalf," Long said.

Chow was the former representative of VanPac Timer Trading Co. Ltd., a Hong Kong firm specializing in wood trade that started working with Vietnamese companies in 1980.

On August 14, 1992, he was charged with “abuse of trust to appropriate Socialist property” and detained by Ho Chi Minh City police.

This daunting incident stemmed from a contract he signed with Vietnamese companies, one of them being Khanh Hoa Transport Service Co., but he failed to honor a payment obligation.

Taking cognizance of the case, an economic court ruled that Chow had to pay the amount he owed, the decision of which was appealed by the Canadian man.

Another issue that involved Chow is the US$8,000 that he received from Khmer Tourmexco Co. as a deposit for a freight contract.

The contract stated that delivery would be made within 30 days after the buyer opened a Letter of Credit (L/C). In fact, this L/C was not opened by Khmer Tourmexco, which meant there was no delivery.

Aside from civil and property liabilities indicated by the court ruling, Chow also faced the seizing of over $7,600 and a cargo ship from his possession.

These properties were disseminated between related Vietnamese firms for damage relief, where Khanh Hoa Transport Service Co. received the ship.

Chow filed an appeal to the People's Supreme Court in Ho Chi Minh City, which resulted in the overturn of the first-instance decision.

The Supreme Court also passed a verdict of not guilty for Chow and suspended his case.

Only a civil case

According to the judgment of the appellate court, Chow acknowledged the existence of the contracts with six Vietnamese carriers that brokered the transportation of cargo from Vietnam to foreign countries.

The agreement between Chow, VanPac’s representative, and the Vietnamese carriers was stated in a written contract. Considering this evidence, Chow did fail to honor the payment with these six firms, but he did not solicit any amount of money from them.

Hence, the trial panel concluded that it was unfounded to charge the defendant with property appropriation solely based on the freight debt stacked against him.

Chow also declared that he did not appropriate anything from these entities.

The court then pronounced the case to be a civil dispute and should be resolved using civil law.

Seeing that there was not enough reason to charge the defendant with “abuse of trust to appropriate Socialist property,” the jury eventually overturned Chow’s conviction, suspended his criminal case, and declared him not guilty.

After the appellate court ruling, Chow sent a memo to the Ho Chi Minh City People’s Court on September 6, 2007, demanding a VND27.4 billion ($1.19 million) payout for his wrongful incarceration.

“After sending the memo, Chow waited for the Ho Chi Minh City People’s Court to respond and inform him of the compensation proceedings but has not yet seen any,” Long said.

“He then suffered a stroke and had to be hospitalized. His health deteriorated, and he could not cover his expenses and had to live off others’ donations,” he added.

For the sake of humanity

Long, the 60-year-old who took care of Chow in his dark days, was once his personal interpreter.

Long’s family has immigrated to the United States, leaving him as the only one left in Ho Chi Minh City.

Long and Chow became friends in 2000 when they first met as business partners. Subsequently, Chow hired Long as his interpreter several times.

After losing touch with Chow, Long learned that he was wrongly convicted and was struggling to solicit his payout.

Chow fell ill in 2010 with a disease that inflicted blood clots under his skin. In 2019, he was diagnosed with cataracts, leaving one of his eyes virtually blind.

At this point, Long’s family had moved to the States, allowing him to dedicate his time to taking care of his bed-ridden friend.

“I’m not well off or anything. I am a wage-earner myself, doing interpretation for a living. I saw him being all alone so I came by to help feed and clean him. He only had his motorbike to his name but had to sell it as well to cover the eye surgery cost. It was only enough for one of his eyes,” Long said.

Despite tending to Chow daily, Long barely talks about his personal issues.

In June 2020, Long received a call from Chow after leaving his house for work. The Canadian felt extremely unwell and needed to be brought to the hospital.

“After arriving at the hospital, I tried to call some of his relatives but no one picked up. The emergency couldn't wait, so I had to pull a day loan of VND50 million [$2,160] to cover his hospital fees,” Long recalled.

Grand as Long’s effort was, Chow did not make it through the incident. He was later cremated by the Consulate General of Canada in Ho Chi Minh City.

Before his death, Chow made his last wish that Long would be the person to scatter his ashes, which Long respected and fulfilled.

Long also prepared the Vietnamese traditional rite of passage for Chow by serving plant-based food for his spirit every day over seven weeks.

“Chow's relatives are not able to arrive in Vietnam for now due to the COVID-19 [novel coronavirus disease] pandemic. I tried to do it for the sake of humanity. I sympathize with him a lot because I’m also living by myself,” Long professed.