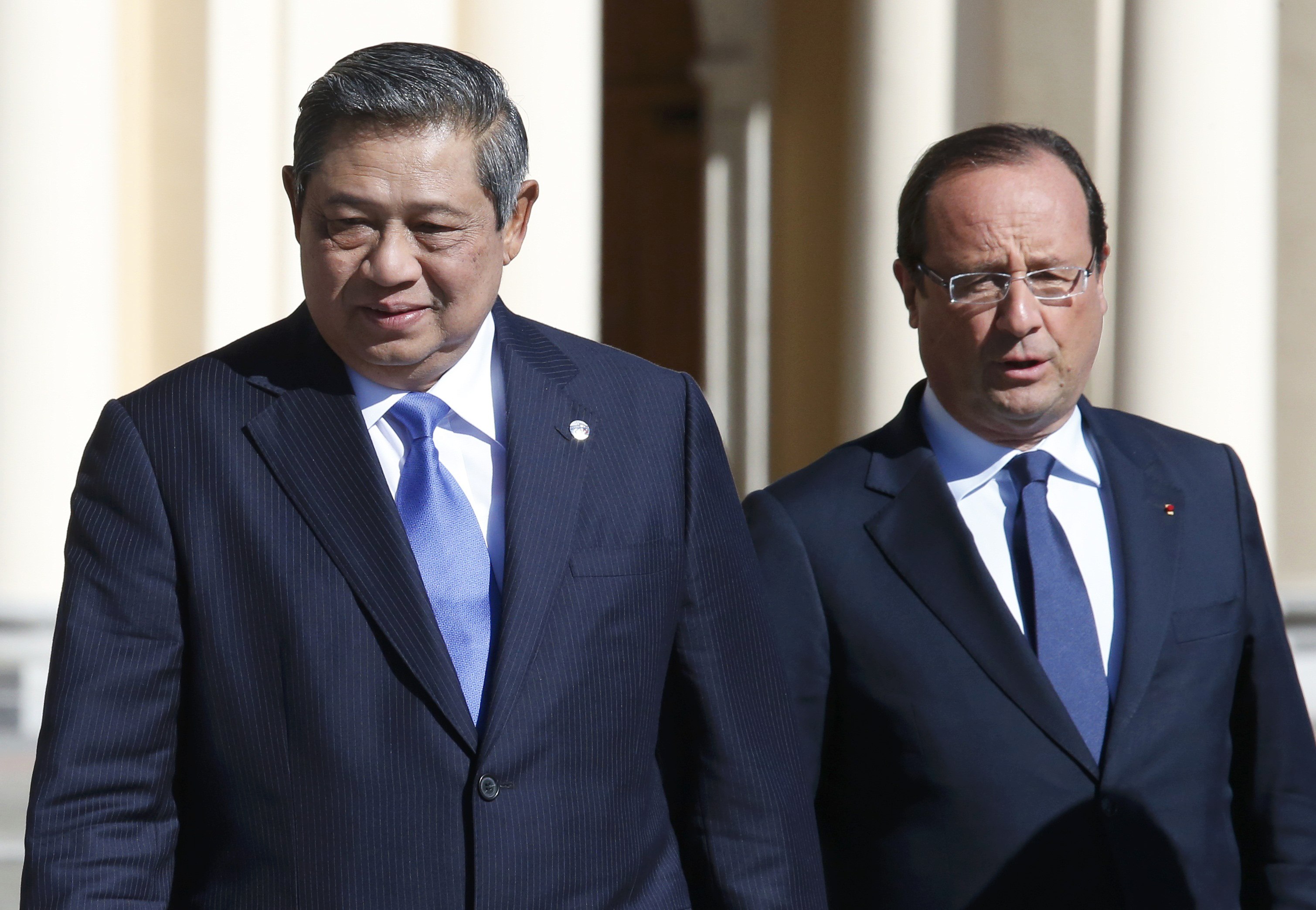 JAKARTA – Beset by a foundering economy and graft investigations into senior members of his party, Indonesian president Susilo Bambang Yudhoyono is struggling to find a successor.

Yudhoyono, 64, is due to step down in 2014 after he reaches his limit of two five-year terms at the helm of Southeast Asia's largest economy. For much of the early part of his rule, Yudhoyono and his party were wildly popular, seen as reformers in a country tired of prolific graft.

Eleven names floated by his Democratic Party on Sunday to replace him reflect a dramatically changed reality: a party mired in corruption scandals and dwarfed by more popular rivals, and a dearth of candidates with enough appeal across the country, a strung-out archipelago of 250 million people.

In a country where politics are often dominated by personalities rather than ideologies, the Democratic Party's candidate convention, which includes relatively unknown figures such as Trade Minister Gita Wirjawan and Yudhoyono's brother-in-law, Pramono Edhie Wibowo, is unlikely to pose a threat to early frontrunners in next year's presidential race.

It lacks, in short, star power.

"The figure or personality really matters in Indonesian politics and the Democratic Party doesn't have a star," said Effendi Gazali, a political commentator and independent member of the Democratic convention committee.

"Some of (their) candidates are quite good but for sure their benchmark is Jokowi."

That is a reference to the governor of Jakarta, Joko "Jokowi" Widodo, whose clean image and effective style of governance have made him an early favourite in almost all opinion polls, even though his party, the opposition Democratic Party of Struggle (PDI-P), has yet to nominate him as its presidential candidate.

Widodo's meteoric rise from small-town mayor to frontrunner in the presidential race has shaken Indonesia's political landscape, which is otherwise dominated by familiar figures from the reign of former president Suharto.

Widodo is trailed closely in opinion polls by Prabowo Subianto, who is popular with young and rural voters but has a tainted human rights record from his time as commander of special forces under Suharto.

Less popular contenders include former chief of the military, Wiranto, and businessman Aburizal Bakrie who, like many of the 11 names fielded by the Democratic Party at the weekend, are members of the old guard.

The Democratic Party surged to power in Indonesia's first direct presidential election in 2004 and won re-election in 2009 on an anti-corruption platform.

But its popularity has fallen dramatically in recent years as major corruption scandals engulfed senior party and cabinet members, leaving Yudhoyono without a credible successor.

"(Yudhoyono's) inability to groom a suitable successor and more generally his failure to build a sound Democratic Party around him have been his key failures as president," said political analyst Kevin O'Rourke. "The consequence of that has clearly been poor performance in cabinet and parliament."

The Democratic Party enjoyed 40 percent of national support at its peak in 2010, but is projected to garner only 7 percent of the national vote in 2014, according to pollsters.

Failure to get at least 25 percent of the national vote will relegate the Democrats to the league of less influential, mostly religious parties and exclude them from even nominating a presidential candidate.

Some analysts said Yudhoyono could yet ensure a place for his party in the next administration by stitching together an alliance with smaller parties.

"Yudhoyono's strength has always been his ability to build coalitions, and it should not be underestimated," said Karim Raslan, chief executive of KRA Group, a consultancy with offices in Jakarta and other Southeast Asian cities.