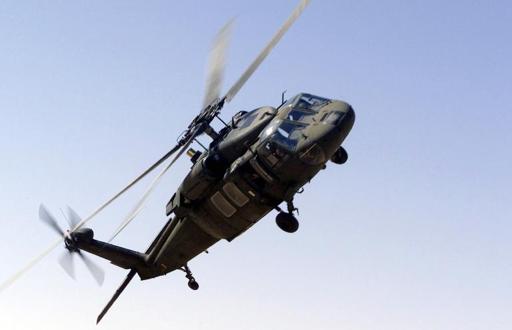 Seven US Marines and four aircrew were feared dead Wednesday after an army helicopter crashed during a night training exercise in Florida, military officials said.

The UH-60 Black Hawk helicopter was reported missing Tuesday around 8:30 pm (0030 GMT Wednesday) near Eglin Air Force Base. The area was under heavy fog.

A US military official told AFP that all 11 personnel were feared dead, but officials were still treating the matter as a search and rescue mission.

Base spokesman Andy Bourland said search and rescue teams located debris from the aircraft at around 2:00 am.

"Search and rescue efforts are under way at the accident site currently," he added, noting the accident was under investigation.

A second helicopter returned safely to the base.

The aircraft, assigned to the 1-244th Assault Helicopter Battalion in Hammond, Louisiana, were participating in what the military called a routine training mission with the Marine Special Operations Regiment from Camp Lejeune, North Carolina.

"My thoughts and prayers are with their families as the search and rescue continues," Defense Secretary Ashton Carter told lawmakers during a hearing.