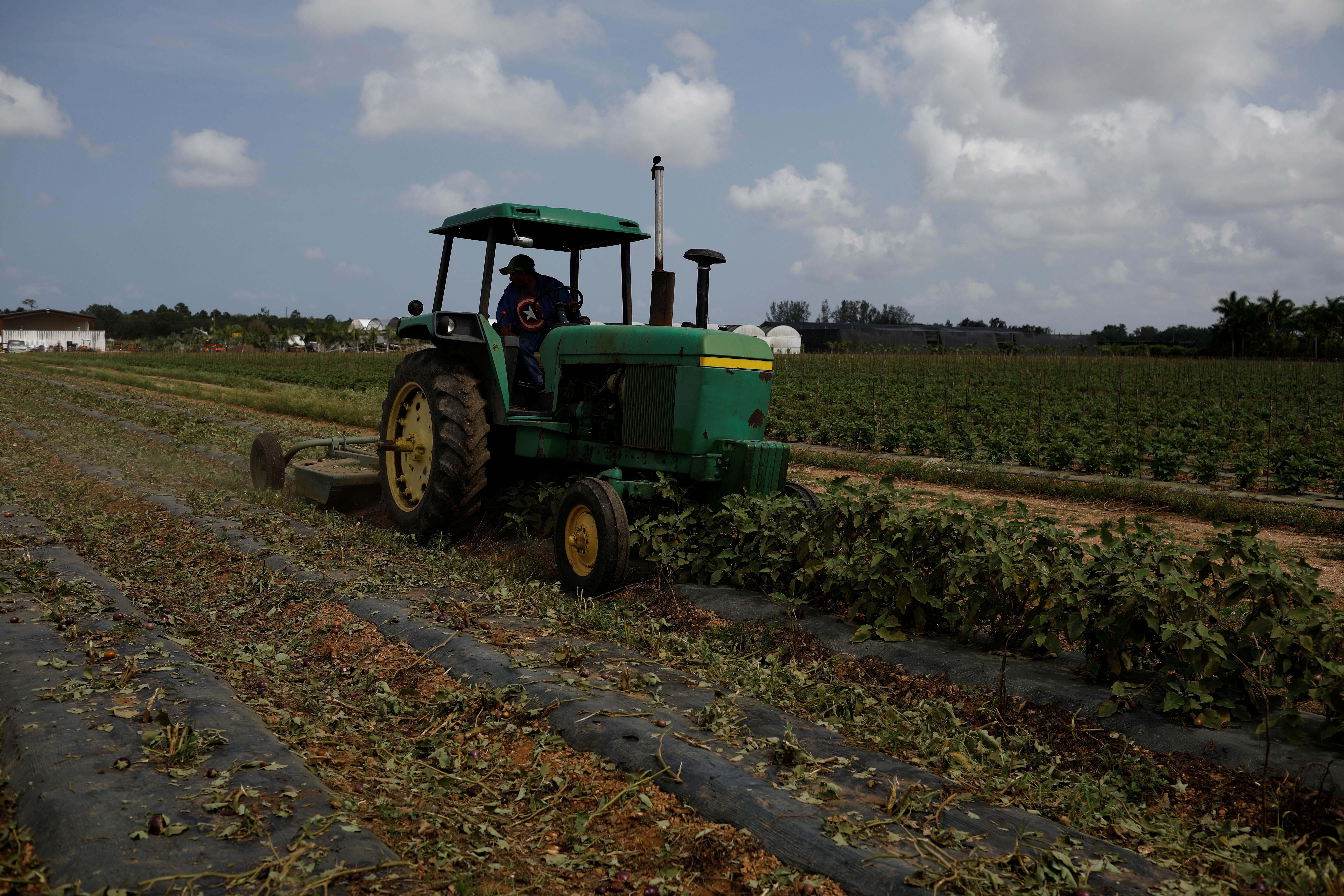 CHICAGO — President Donald Trump on Friday announced a US$19 billion relief program to help U.S. farmers cope with the impact of the coronavirus pandemic, including $16 billion in direct payments to producers and mass purchases of meat, dairy, vegetables and other products.

The U.S. Agriculture Department is partnering with regional and local distributors to purchase $3 billion in such farm goods to be distributed to food banks, churches and aid groups as millions of Americans face unemployment with much of the U.S. economy shut down.

"American agriculture has been hard-hit, like most of America, with the coronavirus, and President Trump is standing with our farmers and all Americans to make sure that we all get through this national emergency," Agriculture Secretary Sonny Perdue said at a White House news conference.

The agency said it will make monthly purchases totaling about $100 million each of fresh produce, dairy products and meat products.

Farmers and ranchers have struggled to get their goods to market because of disruptions caused by the pandemic, forcing some to throw out food supplies and call for government help.

"Having to dump milk or plow under vegetables ready to market is not only financially distressing but it's heartbreaking as well for those that produce them," Perdue said.

Direct payments will be sent "as quickly as possible" as farm commodity producers have experienced "unprecedented losses," Perdue said.

He told reporters he hoped checks could be sent by the end of May.

Perdue did not say how the direct payments would be allocated by crop.

The Renewable Fuels Association (RFA), which represents corn-based ethanol producers that have suffered due to lack of demand for motor fuels as Americans stay home, was quick to criticize the package.

"USDA missed a crucial opportunity to lend a helping hand to an industry that is suffering the worst economic crisis in its history," RFA President Geoff Cooper said in a statement.

Perdue acknowledged that constituents may consider the direct payments "insufficient" and said USDA is trying to cover "small farmers as well as larger farmers."

Funding for the immediate aid program will be pulled together from a number of sources, including recent coronavirus-related aid laws passed by Congress and other funding authorities that USDA has access to, according to Perdue.

But going forward, he said, "I anticipate we will need additional money."