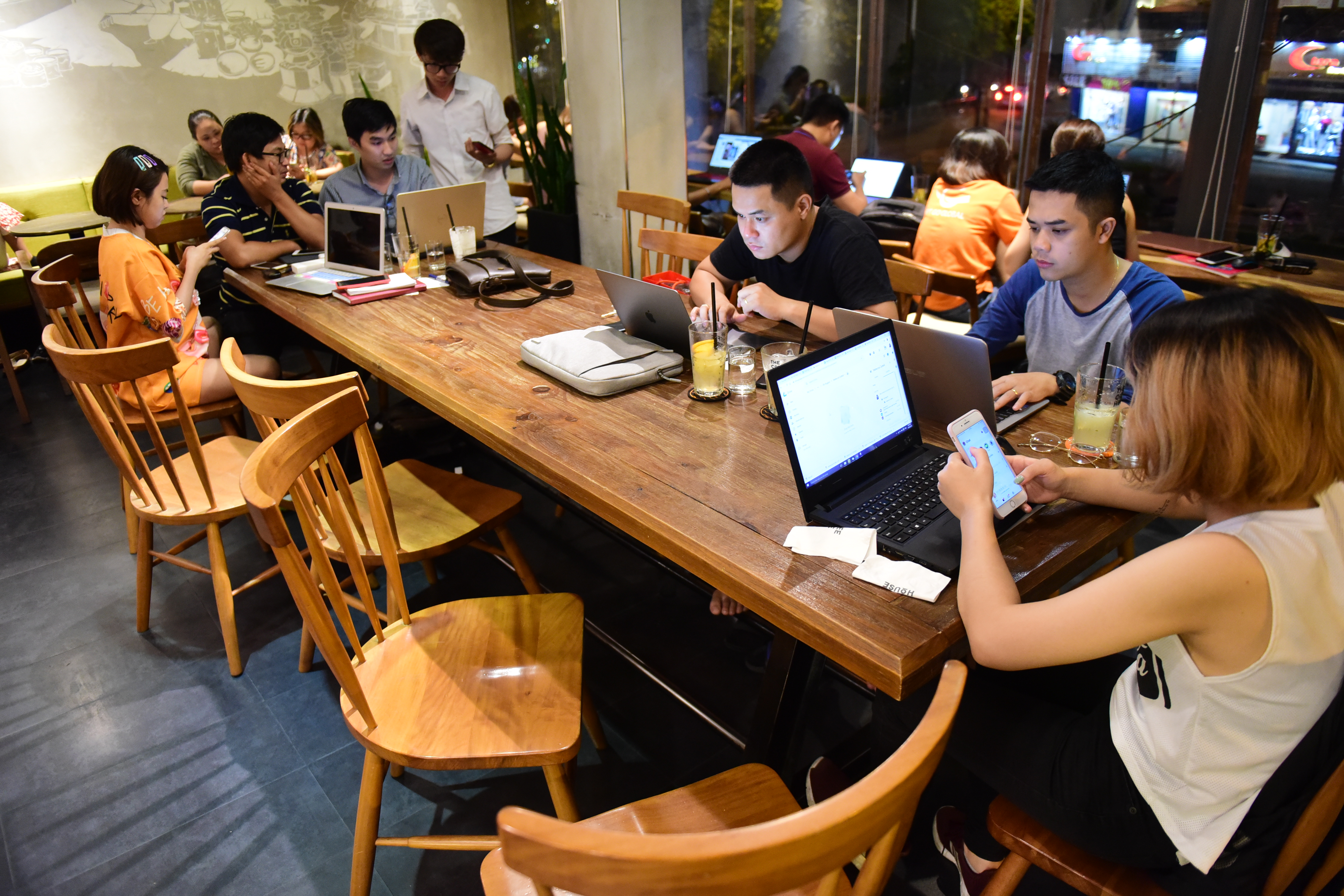 The nightlife you may not know in Ho Chi Minh City

The backpacker area of Bui Vien may appear in different lists of top nightlife venues in Ho Chi Minh City but it is not all that the 'sleepless city' has to offer.

Located in District 1, Bui Vien Street has long been known as a haunt of international travelers in Ho Chi Minh City.

The area is particularly crowded and noisy at night thanks to the loud music from a number of bars, restaurants, and nightclubs.

But there are more local things to explore in the bustling nightlife of the city than just that touristy area.

It is no exaggeration to say that if one has not tried com tam (broken rice topped with grilled ribs), they have not visited the city yet.

Com tam has become a signature dish of the southern Vietnamese city, with even first-time visitors easily finding a com tam stall on every corner.

The dish can be eaten as breakfast, lunch, and dinner, or even an overwhelming midnight treat, because why not?

Even after dark, people traveling on certain streets can get a whiff of ribs being grilled on charcoal-fueled ovens from sidewalk com tam stores, while they may see at least one sign of com tam dem, which means com tam stalls that stay open through the night.

Take a seat and you would be served one of the best dishes of Ho Chi Minh City.

Try a com tam suon bi cha at night and you will understand why the image of people sitting on small red plastic chairs to have com tam on the sidewalk makes an indispensable part of life in the city, day and night alike.

Working through the night at cafés

Coffee shops are one of the favorite places to pull an all-nighter in Ho Chi Minh City.

Yes, you read it right!

If you see a man or a woman working hard on their laptop in a café after dark, do not be surprised!

Working or studying through the night at a favorite coffee shop has become more and more common among a number of young people in the city.

An increasing number of 24-hour coffee shops have emerged in the city, giving more options for young night owls to have a good place to hang out, or work and study.

Tuyet Pham, 29, likes to bring her laptop to her favorite coffee house and work there after 9:00 in the evening.

She may return home by midnight, or stay up all night long to finish her work.

The graphic designer said she enjoys the atmosphere with people around but not too noisy at night.

The coffee shops she frequents also have many people coming for work, so they make a relaxing work environment for her.

“I like to work at night because I seem to be more creative at that time, when my brain works more efficiently,” Tuyet told Tuoi Tre News, adding that sitting at a café gives her some fresh air compared to working at home.

Tuyet would occasionally be joined by her team members when they too were rushing for a project’s deadline.

People living in Ho Chi Minh City can easily bring home some flowers at any moment of the day, literally, as there are flower markets open throughout the day.

One of such venues is the Ho Thi Ky flower market in District 10, a big hub of floral shops known for affordability and quality.

Ho Thi Ky is like any other flower wholesale market, save for its 24-hour opening.

A busy atmosphere can be observed at the market when night falls, with trucks transporting fresh flowers from other places, especially the Central Highlands city of Da Lat, to the floral shops there.

Smaller traders will come to pick flowers for their own establishments early the following morning.

With stalls open day and night, Ho Thi Ky is not merely a great place right in the heart of the city for people to shop for flowers whenever they want, but also a tourism destination many travel companies include in their city-tour itineraries.

The place often gets very crowded on such occasions as Valentine’s Day and Women’s Day, when the demand for flowers spikes.

Another activity night owls in the city enjoy doing is going to the cinema.

Almost all cinemas here offer screenings after 10:00 pm for most movies, except for some children’s films.

And it is easy to see the cinemas packed with movie-goers before the last screening of the day, which could be as late as 11:30 pm, whenever a blockbuster hits the silver screen in Vietnam.

This means cinema-goers only leave the venue at around 2:00 am or even later the following morning.

Why watch movies when most people are sleeping? There are two main reasons why young people prefer going to the cinema late at night.

First, it is obvious that cinemas are much less crowded during late-night showtime than they are in earlier hours, meaning movie-goers do not have to wait in line to buy tickets or grab their popcorn.

Not having to spend time in the line is a luxury for movie lovers in Ho Chi Minh City, where cinemas are always crammed when blockbusters are shown in local theaters.

The second reason is it is cheaper to watch movies late at night.

For example, a normal ticket may cost around US$4 while sometimes a late-night screening one only fetches over $2.