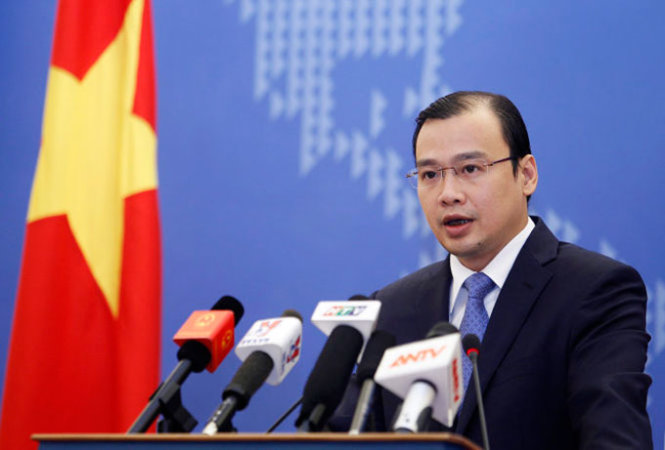 China’s construction of two lighthouses on two reefs in the Truong Sa (Spratly) archipelago in the East Vietnam Sea has seriously infringed on Vietnam’s sovereignty over the group of islands.

Ministry of Foreign Affairs spokesman Le Hai Binh made the statement on Tuesday, in reply to reporters’ questions on the fact that China has erected two lighthouses on Chau Vien (Cuarteron) and Gac Ma (Johnson South) reefs, part of Vietnam’s Truong Sa.

“Vietnam resolutely rejects and vehemently protests that action by China,” the spokesman said.

The move went against the common perspectives of both countries’ leaders, complicating the situation and escalating tension in the East Vietnam Sea, Binh underscored.

“We, once again, reiterate that Vietnam has full legal and historical evidence to prove its indisputable sovereignty over the Truong Sa and Hoang Sa [Paracel] archipelagos. Any activities conducted there by other countries without agreement from Vietnam are illegal and null and void,” the spokesperson said.

China’s Xinhua News Agency reported on October 10 that the building of the lighthouses was completed as planned and a ceremony was held last Friday to put them into operation.