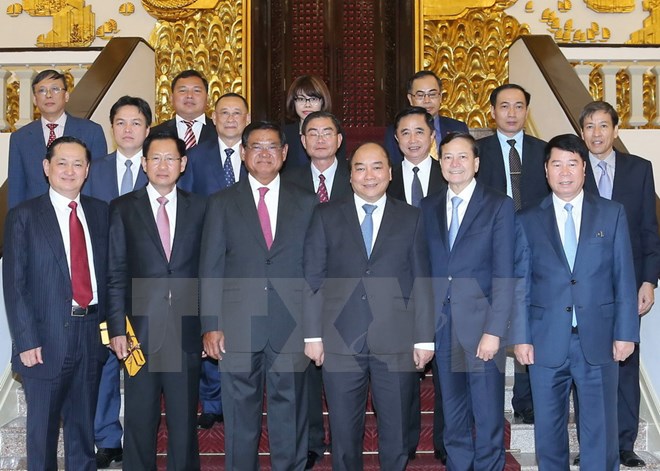 Vietnam has sought further assistance from Cambodian authorities for the Vietnamese community living in Cambodia, according to the Vietnam News Agency.

During the meeting, PM Phuc asked local authorities to provide favorable conditions for businesses and people from Vietnam to lead a stable life in Cambodia, and thus contribute to the two countries’ bilateral ties.

The head of government congratulated the Cambodian people on their past achievements, saying that Vietnam wants continued stability, peace and prosperity for Cambodia.

PM Phuc recommended that the public security forces of both countries increase all-level delegation exchanges, while maintaining and promoting the existing mechanisms for cooperation.

The two nations need to consistently pursue the principle of not allowing any opposing force to use one country’s territory to harm the other’s peace, security or stability, the premier asserted, adding that Vietnam and Cambodia should remain united under all circumstances.

Replying to his host, the Cambodian official promised to direct relevant authorities to support and finalize the necessary paperwork in support of the Vietnamese community in Cambodia.

He praised the two nations’ recent achievements, especially in ensuring peace, security, friendship and cooperation at the borders.

He also thanked Vietnam for its support in material, personnel training and exchange of experience.