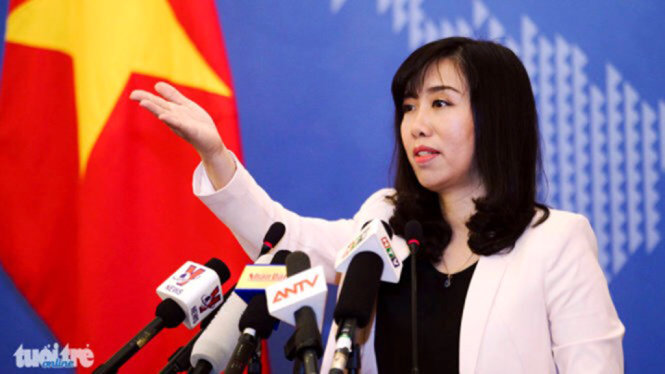 Vietnam’s Ministry of Foreign Affairs has condemned China’s construction and opening of a cinema on Phu Lam (Woody) Island in the Hoang Sa (Paracel) archipelago, over which Vietnam affirms its sovereignty.

Hang made the statement in response to reporters’ questions over China’s activity on Phu Lam Island.

Last Sunday, Chinese state-run Xinhua News Agency reported that around 200 civilians and soldiers stationed on the island had enjoyed a Chinese movie at the newly opened Yinlong cinema.

According to the report, the cinema would be screening movies daily to entertain local Chinese citizens.

“Vietnam has full legal foundation and historical evidence to affirm its sovereignty over the Hoang Sa and Truong Sa (Spratly) archipelagoes,” Hang reinstated in her response.

Vietnam therefore objects to China’s building and opening of a cinema and requests that the country do not repeat such actions, the spokesperson said.

Phu Lam Island is the largest of the Hoang Sa islands in the East Vietnam Sea.