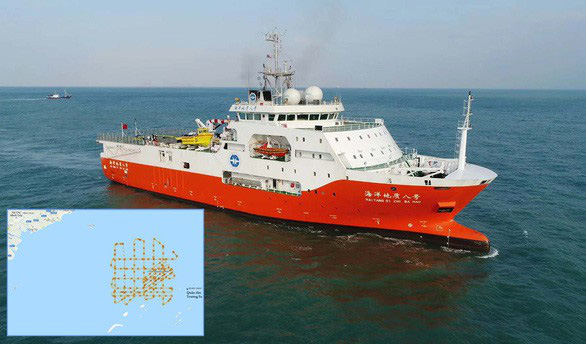 Vo Van Thuong, Politburo member and Secretary of the Vietnamese Party’s Central Committee, on Sunday requested that China respect Vietnam’s rights and legitimate interests at sea during a meeting with a top Chinese Party official in China on Sunday.

The two-day event, which wrapped up on Monday, discussed theoretical and practical issues in the building and modernizing of socialism in each country, the Vietnam News Agency reports.

The officials informed each other about the situation of their respective parties and countries and exchanged views on relations between the two sides in the recent past.

They discussed orientations for continuing to promote the healthy and stable development of bilateral ties in the time ahead.

Participants also talked about ways to step up cooperation and exchange between the CPC’s Information and Education Commission and the CPC’s Publicity Department.

Regarding sea-related issues, Thuong asked both sides to realize well the common perceptions reached by the two parties and countries’ leaders, including the Vietnam-China agreement on basic principles guiding the settlement of sea-related issues, and resolve disagreements by peaceful means and in line with international law, including the 1982 United Nations Convention on the Law of the Sea.

He requested China to respect Vietnam’s rights and legitimate interests at sea in conformity with international law so as not to negatively affect the development of the countries’ relations.

“Over the last several days, the Chinese survey ship, Haiyang Dizhi 8, and its escorts conducted activities in the southern area of the East Sea that violated Vietnam’s Exclusive Economic Zone and Continental Shelf as established in the provisions of the 1982 United Nations Convention on the Law of the Sea, to which Vietnam and China are party,” Le Thi Thu Hang, the foreign ministry’s spokesperson, was quoted as saying in a statement posted on its website on Friday.

“This area lies entirely within the Vietnamese waters.”

Haiyang Dizhi 8 has been carrying out “a seismic survey of Vietnam's exclusive economic zone,” escorted by other Chinese vessels, in waters just west of Vietnam’s Truong Sa (Spratly) archipelago, according to controversial reports that stemmed from updates by Ryan Martinson, an assistant professor at the U.S. Naval War College, on his Twitter account since July 10.

Operated by the China Geological Survey, the Haiyang Dizhi-8 is 20.4 meters wide, 88 meters long, can cruise for up to 16,000 nautical miles and has a maximum speed of over 15 knots, according to china.org.cn, a Chinese state news website, and the CGS.