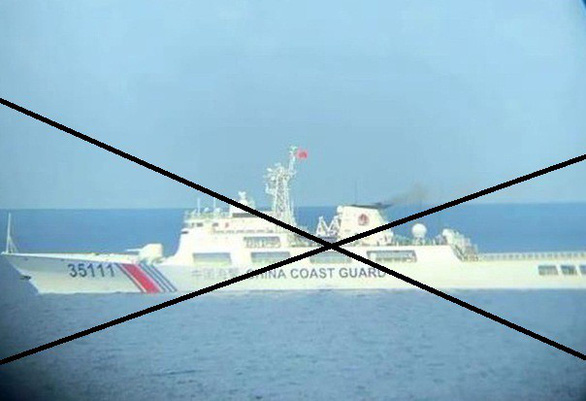 China has compromised its own “principles of peaceful coexistence” by infringing upon Vietnam’s Exclusive Economic Zone (EEZ) and Continental Shelf, as well as interfering with the Southeast Asian country’s long-standing oil and gas activities in the East Vietnam Sea.

The Chinese survey ship Haiyang Dizhi 8 and its escorts have been conducting activities in the southern area of the East Vietnam Sea, which violated Vietnam’s EEZ and Continental Shelf, according to the Vietnamese foreign ministry.

That area “lies entirely within the Vietnamese waters,” as the ministry’s spokesperson Le Thi Thu Hang said in a statement on July 19.

Hang’s statement reaffirmed Vietnam’s long-standing and internationally recognized jurisdiction over the waters as established in the provisions of the 1982 United Nations Convention on the Law of the Sea (UNCLOS), to which Vietnam and China are party.

It was also a stern response to the blatant slander and gross violation of international law seen in a statement made by the Chinese foreign ministry's spokesperson Geng Shuang two days earlier.

“We hope the Vietnamese side can earnestly respect China’s sovereign rights and jurisdiction over the relevant waters, and do not take any move that may complicate matters,” Geng told reporters on July 17, painting the false image that Vietnam was the perpetrator in the stand-off.

The Haiyang Dizhi 8 has been carrying out “a seismic survey of Vietnam's exclusive economic zone,” escorted by other Chinese vessels, in waters just west of Vietnam’s Truong Sa (Spratly) archipelago in the East Vietnam Sea, according to reports that stemmed from updates by Ryan Martinson, an assistant professor at the U.S. Naval War College, on his Twitter account since July 10.

By defending the vessels’ infringement of the Vietnamese waters, China has once again tried, in vain, to advance its agenda on legitimizing the so-called “nine-dash line” that Beijing claims gives it economic rights across large swathes of the East Vietnam Sea.

Perhaps China needs reminding that the arbitrary demarcation line was already rejected by an international arbitration tribunal, formed in line with Annex VII of the 1982 UNCLOS, in The Hague in 2016.

"There was no legal basis for China to claim historic rights to resources within the sea areas falling within the [so-called] 'nine-dash line'," the court ruled on July 12, 2016.

All parties to the case, including China, were required to comply with the tribunal ruling, which was final and legally binding, Japanese Foreign Minister Fumio Kishida said in a statement shortly after the ruling.

China’s actions have also gone against a 2011 agreement it reached with Vietnam on the basic principles of handling maritime issues and making the East Vietnam Sea a “sea of peace," which included seeking mutually acceptable, fundamental and long-term solutions to maritime disputes on the basis of respecting international law, including the 1982 UNCLOS.

In a political theory devised by Chinese President Xi Jinping in 2017, known as “Xi Jinping Thought on Socialism with Chinese Characteristics for a New Era," China highlights the “Five Principles of Peaceful Coexistence” it seeks in international relations with other nations.

The five principles are mutual respect for sovereignty and territorial integrity; mutual non-aggression; mutual non-interference in each other's internal affairs; equality and mutual benefit; and peaceful coexistence, according to China Daily, an English-language daily newspaper owned by the Publicity Department of the Communist Party of China.

Beijing has violated the first, fourth and fifth principles of its own with its recent violation of Vietnam’s EEZ and Continental Shelf.

Contrary to the inconsistency between words and actions of Chinese leaders, Vietnam has repeatedly portrayed a peaceful and righteous nature on both maritime and diplomatic fronts to demand the Chinese ships move out of Vietnamese territory, said former Vietnamese Ambassador to the U.S. Pham Quang Vinh.

China’s aggression in the East Vietnam Sea has not gone unnoticed by the international community.

As China preaches its five principles of peaceful coexistence, Beijing continues to violate international law and bully, coerce and threaten its regional neighbors despite international condemnation.