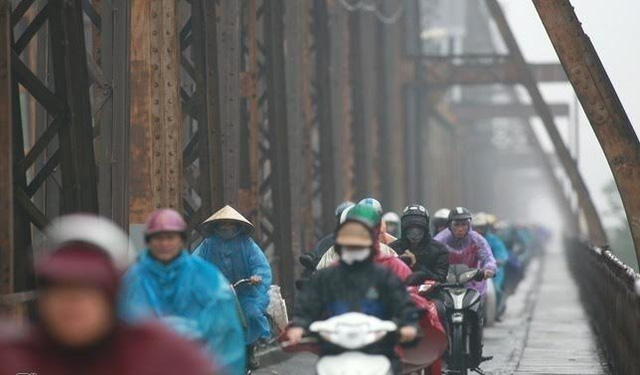 Check out the news you should not miss today, October 16:

-- Around 2,000 primary school teachers and students in Hanoi joined officials and delegates from international organizations at a meeting in celebration of the Global Handwashing Day on Sunday.

-- Five children, including four primary school students, drowned when going fishing on a river outside Hanoi on Sunday.

-- Tropical Storm Khanun has weakened into a tropical depression on Monday morning and is expected to be just 130km south-east of Vietnam’s Bach Long Vi Island by 4:00 pm the same day.

-- Authorities in Ho Chi Minh City will launch a comprehensive inspection into all bars and discotheques citywide from now to the end of this year, after several establishments have been caught with multiple violations in recent raids.

-- Vietnam’s heaviest baby, weighing 7.1kg, was born to a healthy mother on Saturday, doctors at a district’s general hospital in the northern province of Vinh Phuc said on Sunday.

-- Vietnam suffered 250 flash flood-caused landslides from 2000 to 2015, with 646 people killed and missing and total property damages estimated at VND3.3 trillion (US$145.37 million), experts said at a conference on Saturday.

-- The Ariyana Da Nang Exhibition and Convention Center, a key project to serve the Asia-Pacific Economic Cooperation (APEC) Leaders’ Week scheduled to take place from November 6 to 11, was put into use in the central city of Da Nang on Sunday, following an inauguration ceremony attended by Prime Minister Nguyen Xuan Phuc.

-- Following Hanoi and Ho Chi Minh City, ride-hailing apps Uber and Grab are facing fresh objections from the south-central province of Khanh Hoa, with the provincial transport department complaining that the tech-based taxis are luring drivers from conventional taxicab firms to work for them.

-- The Saigon Railways has sold out 15,784 train tickets for the 2018 Lunar New Year (Tet) travel season, which begins in February, raking in VND23.1 billion ($1.02 million), during its first day of official booking on Sunday.

-- Many Vietnamese women in Ho Chi Minh City are embracing a new fitness trend known as piloxing, which combines the physical fitness system Pilates and boxing.