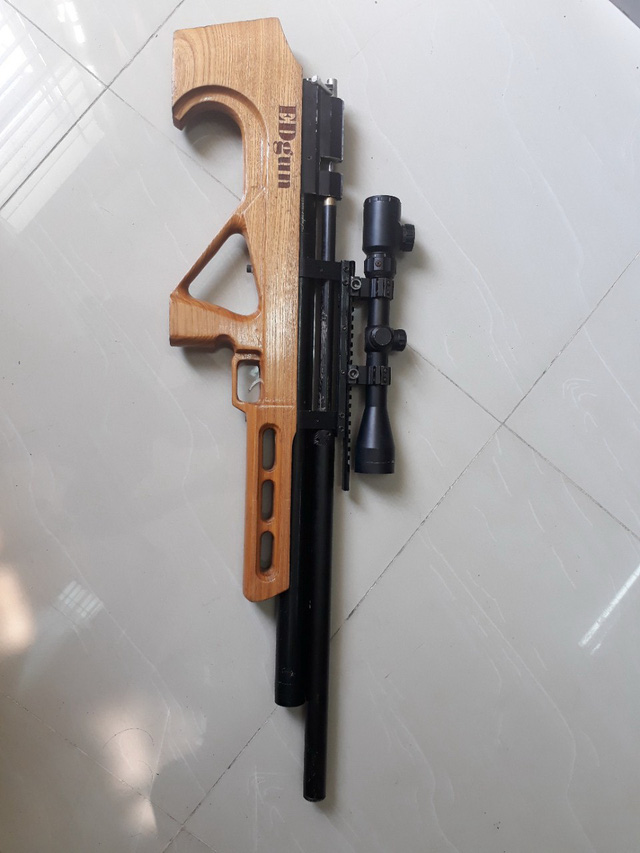 A Vietnamese man has been taken into police custody for building and distributing airguns, police said on Wednesday.

Police officers in Ba Ria-Vung Tau Province arrested Ngo Cong Th., born in Dong Nai Province, while he was delivering an airgun and 1,000 tiny lead bullets to a customer.

The 27-year-old man said he decided to build airguns after seeing a tutorial on the Internet.

Using YouTube, he was able to show off and advertise his guns.

By the time he was apprehended by police, he had already built five airguns, four of which he had already sold for VND14-23 million (US$614-1,009) apiece.

Two of the buyers have handed their guns over to the police while the other two remain unknown.