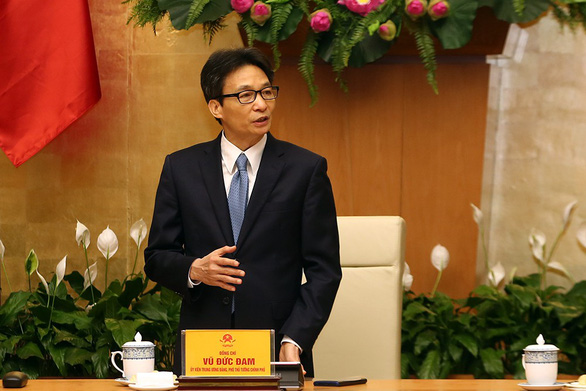 Read what is in the news today, February 13!

-- Even though the December 31, 2019 deadline for rolling out electronic toll collection (ETC) on all transport ministry-managed toll roads in Vietnam is drawing near, the number of ETC lanes on these roads remains extremely limited as both developers and drivers have complained about shortcomings in the plan’s implementation.

-- Vietnamese Prime Minister Nguyen Xuan Phuc on Tuesday inspected the preparations for the 2019 United Nations (UN) Day of Vesak at the Tam Chuc Buddhist Cultural Centre in the northern province of Ha Nam, where the international event expecting over 10,000 participants will be held from May 12-14.

-- Deputy Prime Minister Trinh Dinh Dung has asked for the feasibility report on the Long Thanh International Airport project in the southern province of Dong Nai to be completed and submitted soon so that it can be considered by the lawmaking National Assembly in late 2019, ensuring that the project’s construction can start in 2020 as scheduled.

-- The Office of the Competition Council of Vietnam on Tuesday said it had returned case files on the high-profile acquisition of Uber by ride-hailing service Grab for further investigation and clarification on a number of technical points related to the takeover.

-- Vietnam is the most successful country in Southeast Asia in terms of mobilizing capital through securities offerings, PM Nguyen Xuan Phuc said on Tuesday as he performed the gong-hitting ritual to re-open the Hanoi Stock Exchange after the Tet holiday.

-- Four Vietnamese banks were named on Banking 500 2019, an annual report on the most valuable and strongest banking brands in the world compiled by UK-based Brand Finance, a leading independent branded business valuation and strategy consultancy, with Vietnam Prosperity Joint-Stock Commercial Bank (VPBank) being the first and only private Vietnamese bank to be named on the 2019 list.