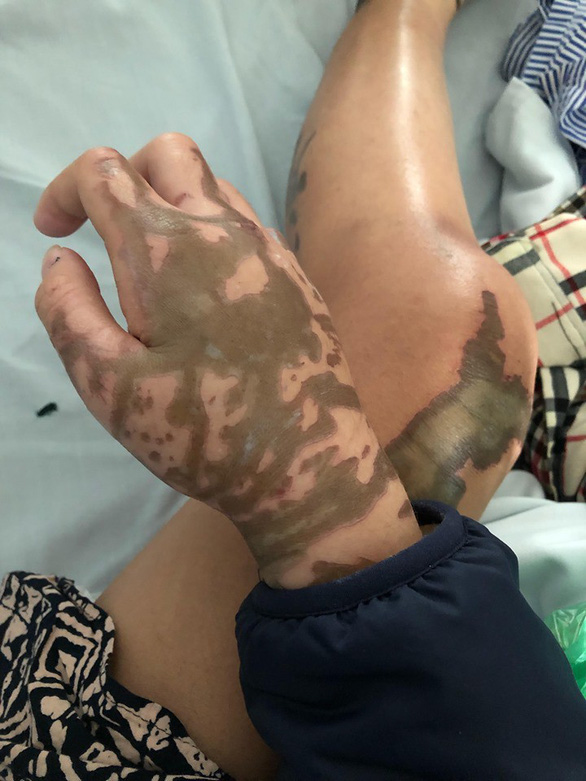 A firefighting police officer from the central Vietnamese city of Da Nang is about to be indicted for carrying out a brutal acid attack against his wife just before their wedding earlier this year.

The suspect is Nguyen Truong Nam Hai, 24, who was a second lieutenant and officer under the municipal Department of Fire Fighting and Prevention.

Local authorities have already arrested Hai and finished their investigation into the case, Vu Xuan Vien, director of the Da Nang Department of Police, confirmed to Tuoi Tre (Youth) newspaper on Monday.

Hai was also dismissed and had his military rank removed, Vien added.

Police officers have transferred the case file to the municipal People’s Procuracy and requested that Hai be prosecuted for assault.

The case recently attracted attention from the public after the 24-year-old victim, known only as L.T.L.V., recalled the incident on her Facebook page, more than five months after the attack.

V. and Hai were lovers before they decided to hold an engagement party on December 24, 2018, the woman said.

They also registered for a marriage certificate, which made the two legally husband and wife, but a wedding was yet to be organized.

A few days after the marriage registration, V. told her mother she had ended the relationship as the man kept beating her out of jealousy.

Hai, however, was not happy with the breakup and insisted that the two families have a meeting to discuss the problem.

The families agreed and the meeting was held on January 1. On that day, Hai arrived at V.’s house, only to go straight into the kitchen and splash a bottle of acid on the woman.

V. suffered severe burns on half of her face, as well as her arms and legs, while her parents were also slightly injured.

She has been treated at a hospital in Hanoi and undergone nearly ten surgeries over the past five months, according to L., V.’s mother.