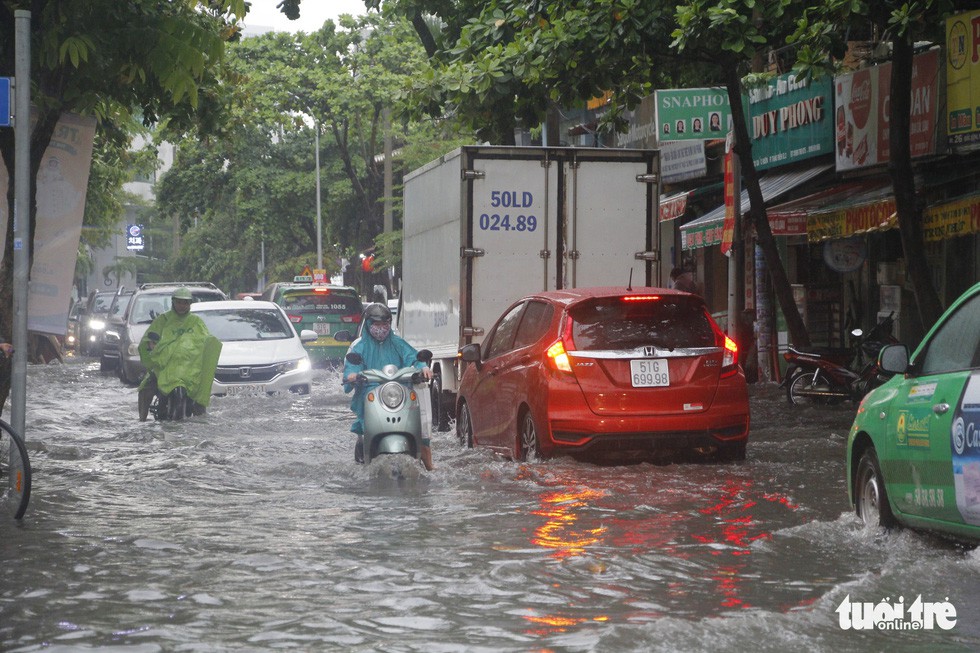 High tide is expected to reach a peak and submerge parts of Ho Chi Minh City in the next couple of days, while a cold spell will continue chilling northern provinces this week.

The water level in the Saigon River was measured at 1.55 meters on Monday and has been rising since.

High tide is forecast to peak on Wednesday and Thursday, resulting in flooding in several districts located in lower ground or near the river.

The water levels in several parts of the Mekong River are also increasing and may submerge some areas in the Mekong Delta region during this period.

Meanwhile, a cold spell has already affected many provinces in the north as of Monday night, according to the National Center for Hydro-meteorological Forecasting.

The cold front will expand its impact on the rest of the region, as well as some north-central localities, on Tuesday evening.

Temperatures will dip and showers will dampen the affected provinces and cities over the next days.

Rough seas will also occur in the northern part of the East Vietnam Sea due to the cold spell.