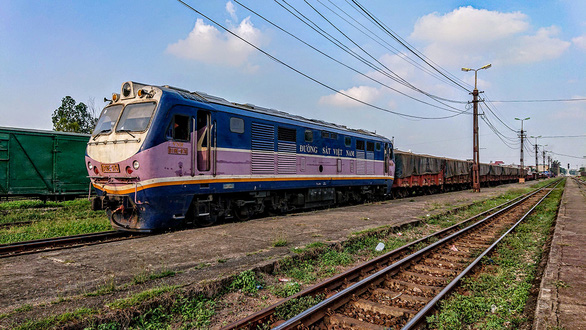 A plan to build a railway that will run from Lao Cai Province through to Hanoi and end in Hai Phong City in the northern region of Vietnam has faced opposition from experts, who question the necessity and practicality of such a master project.

Members of the public started to criticize and oppose the Lao Cai – Hanoi – Hai Phong train project on Monday, when the Ministry of Transport (MoT) announced that China had provided non-refundable aid worth ten million yuan (US$1.4 million) for the preliminary planning of the railway.

The MoT said in its statement that the Lao Cai-Hanoi-Hai Phong railway had been planned years ago in the Vietnam Railway Development Strategy toward 2020, which was signed off by then-Prime Minister Nguyen Tan Dung in 2008.

China’s ten million yuan non-refundable aid was meant for Vietnam to survey and map out the first blueprint for the line and a result of high-level talks between the two governments in 2015, stated the MoT.

Accordingly, the proposed Lao Cai – Hanoi – Hai Phong railway is designed with a length of 392 kilometers and 38 stations, running through eight Vienamese provinces and cities including the Vietnamese capital, from the China-bordering province of Lao Cai to the port city of Hai Phong.

The whole railway route can run both passenger and freight trains, transporting up to ten million metric tons of cargo a year.

The railway will have the international standard track gauge of 1.435 millimeters instead of the centuries-old gauge of one millimeter that was used in the existing Hanoi-Lao Cai train line.

The old Hanoi-Lao Cai line, meanwhile, will stop running after the new line is open, according to the transport ministry.

Notably, China Railway Fifth Survey and Design Institute Group estimated that the project would need a hefty investment of up to VND100 trillion ($4.3 billion), according to Deputy Minister Nguyen Ngoc Dong.

The ministry said it was working with the localities where the train was set to run across to discuss the exact locations of the stations.

In the meantime, the consultant was preparing for its final report before the project was to be submitted to the National Assembly for the formal decision on whether it could be carried out.

But before any decision is made, several experts have voiced their concerns over the necessity and practicality of such a grand project.

According to National Assembly deputy Tran Hoang Ngan, who is also the head of the Ho Chi Minh City Institute for Development Studies, Vietnam should focus its resources on other more important projects such as the North-South High-Speed Railway – a trans-Vietnam mega project estimated to cost more than $55 billion, and the first phase of the proposed Long Thanh International Airport in Dong Nai Province.

Likewise, Ha Ngoc Truong, deputy chairman of the Ho Chi Minh City Bridge, Road and Port Association, said that the government should use its funds to build railways connecting the southern metropolis with the Mekong Delta, which all contribute a majority of the country’s GDP.

Meanwhile, Dang Dinh Dao, director of the Institute for Economic and Development Research, worried that the proposed railway would turn into a waste.

The whole project was meant to span 131km, starting from Yen Vien Station in Hanoi’s Gia Lam District, running through a number of northern provinces, including Bac Ninh and Hai Duong, and ending at Cai Lan Port in Ha Long, the capital of the northern province of Quang Ninh.

Meanwhile, a number of urban railway projects in Hanoi and Ho Chi Minh City have had their costs go through the roof and lain dormant for years.

These projects place an enormous burden on the already-strained national budget.