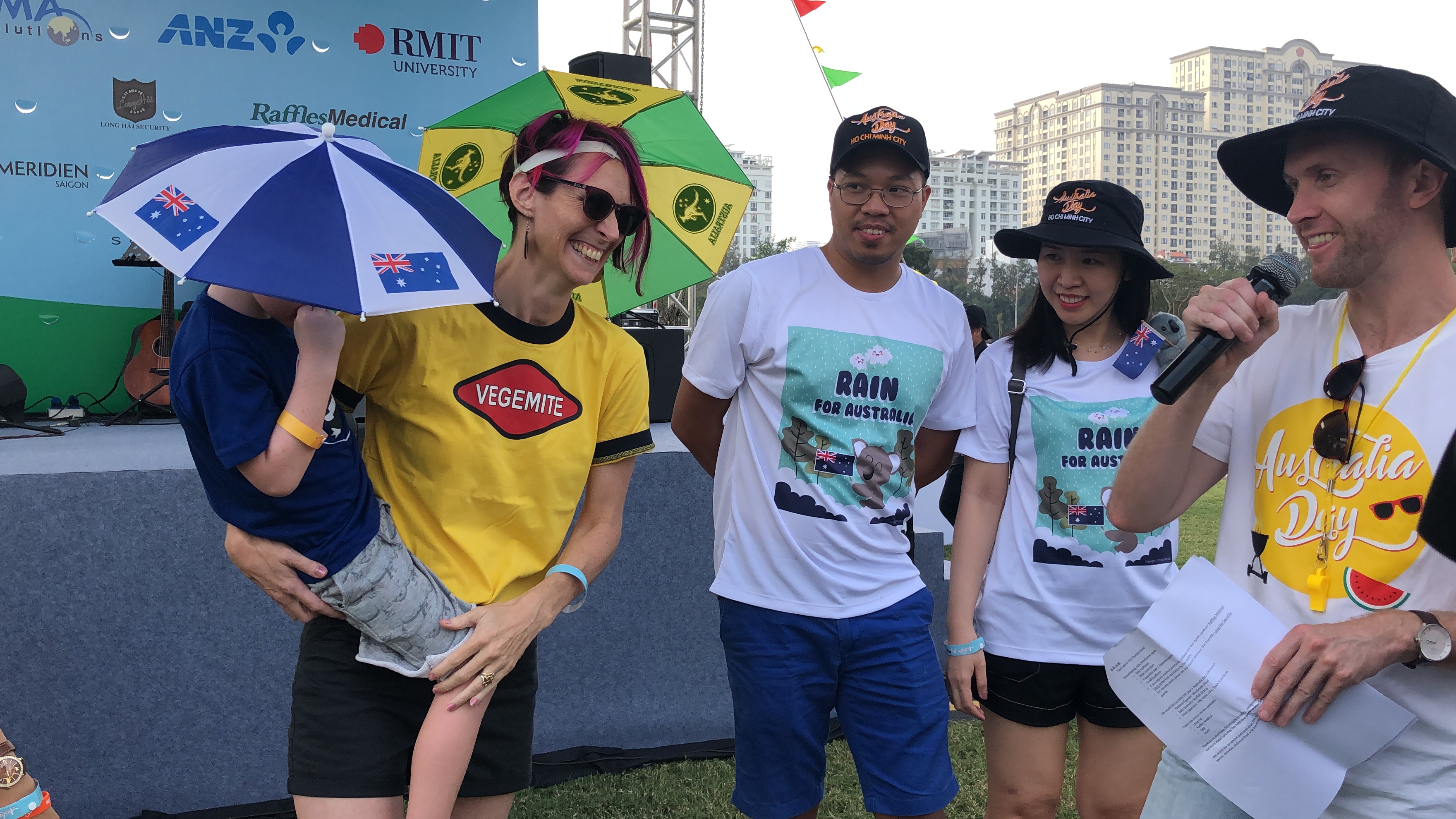 The Australian Consulate General in Ho Chi Minh City held the 4th annual Australia Day Community Event on Saturday to share Australian cuisine, sports and culture while thanking Vietnamese friends and communities for being with the Aussies during the ongoing bushfire crisis.

While joining a family event, many participants felt their hearts and souls going out to bushfire victims in Australia.

She also took this event to thank to all the friends and communities in Vietnam for “thinking and being with” Australians during the tough time of bushfires across Australia back home.

Participants played sports and games, including tug of war, sack races, cricket, Australian football and, a slip and slide.

There was live entertainment throughout the day, a bouncy castle, face-painting, kids’ area, and food and beverages.

Some guests dressed up for the best Aussie outfit competition.

A young couple wearing pair shirts said “Rain for Australia,” expressing their wish that Australia will soon be fire-free.

At the event, many people asked how they could donate and generously contributed to the donation box without leaving their name in the book.

Everyone in Vietnam can make a donation to the Australian bushfire relief fund through the Australian Chamber of Commerce, Vietnam, the official body that collect funds for the Australian Red Cross and Wildlife Rescue organization in the Southeast Asian country.

Australia’s 2019-20 bushfire season has been raging since October 2019, with several horror days including New Year’s Eve and giant blazes in the lead-up to Christmas.

Twenty-five people have been dead so far, according to reports by news.com.au on Wednesday.

The total area burned is almost the size of England, which is 13 million hectares.