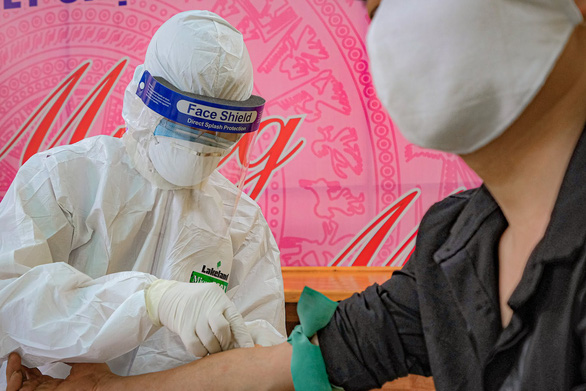 An expert from Serbia has become Vietnam's 370th patient of novel coronavirus disease (COVID-19) while the country is set to send home a British pilot who was its most seriously ill patient of the disease on Saturday.

The new patient, who came to work for industrial steel manufacturer Hoa Phat Corporation, arrived in the country on Thursday at Da Nang International Airport in the namesake central Vietnamese city on a flight from Oman.

According to the National Steering Committee for COVID-19 Prevention and Control, the 29-year-old man was quarantined upon his entry, leaving no risk of spreading the disease to the community.

His samples were taken on the same day and the result came back positive on Friday.

He is being treated at a quarantine facility at Dung Quat Industrial Zone in the south-central province of Quang Ngai.

The new imported case raised Vietnam's infection tally of COVID-19 to 370 cases, including 230 imported patients who were quarantined immediately after arriving.

Up to 350 patients have recovered from the disease in Vietnam, with no deaths.

Except for the new Serbian patient, all COVID-19 cases involving foreign nationals in Vietnam have been successfully treated and cleared of the virus.

The country has gone 87 days with no new infection in the community.

The treatment sub-committee under the National Steering Committee for COVID-19 Prevention and Control said on Saturday that Cho Ray Hospital in Ho Chi Minh City will discharge a British pilot, who was once Vietnam’s most critical COVID-19 patient, on the same day.

The 43-year-old man from Scotland will be returned home on a Vietnam Airlines flight late Saturday, escorted by medical workers, after 115 days of treatment in the country.

Representatives from the Ministry of Health, the UK Consulate General in Ho Chi Minh City, the municipal People's Committee and health department, his flight crew and the Ho Chi Minh City Hospital for Tropical Diseases, where he was first admitted to, are expected to see him off.

On the afternoon of the same day, Cho Ray Hospital will carry out the procedures for handing over to the patient in time for his flight to depart from Ho Chi Minh City to Hanoi at 7:00 pm.

He will then depart from Noi Bai International Airport in the Vietnamese capital city to the UK at 11:00 pm on the same night.