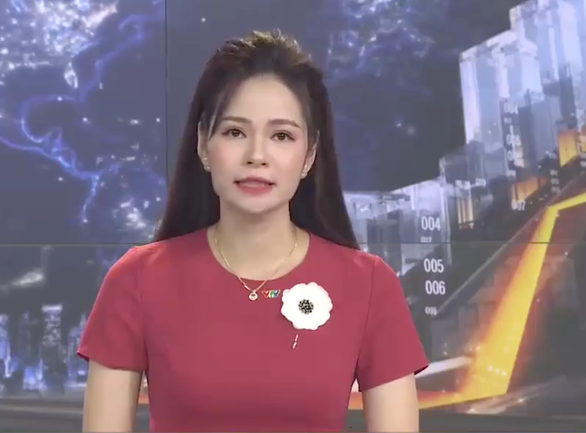 National broadcaster Vietnam Television (VTV) has apologized for an incident where its anchorman compared hawkers to “parasites” on Ho Chi Minh City streets during a news broadcast.

The official apology was delivered by anchorwoman Thu Huong during the Finance-Business broadcast at 7:00 am Wednesday on VTV1 Channel, after the controversial comparison had been made by her colleague Anh Quang in the same program two days ago.

“During the Finance-Business broadcast on the morning of August 17 on VTV1 Channel, we covered a story to show sympathy for street vendors in Ho Chi Minh City who are facing economic difficulties during the COVID-19 pandemic,” Huong said at the opening of the apology.

“Due to carelessness during the editing stage and live broadcast process, our news presenter used inappropriate and unintentional wording that caused the audience to misinterpret the news content, while the whole report was meant to offer a perspective of sharing and showing sympathy for the street vendors who were struggling to make a living during the COVID-19 pandemic."

The “inappropriate and unintentional wording” refers to a line said during Monday’s Finance-Business broadcast by VTV anchorman Anh Quang.

“When the [Ho Chi Minh City] streets are lifeless, how will the peddlers, who are living [as] parasites on these streets, survive?” Quang asked during an introduction to a news report.

The way Quang compared the city’s street hawkers to the parasitic organisms stirred a furore from viewers.

Huong, on behalf of the editorial board of the news program, said the VTV team “sincerely apologizes to the street vendors and viewers for this serious professional error.”

Anchorman Anh Quang on Tuesday also posted an apology on his personal Facebook account, saying he is sorry for his reading mistake.

Quang added he had also written a report on the issue and is waiting to receive a disciplinary measure from his agency.