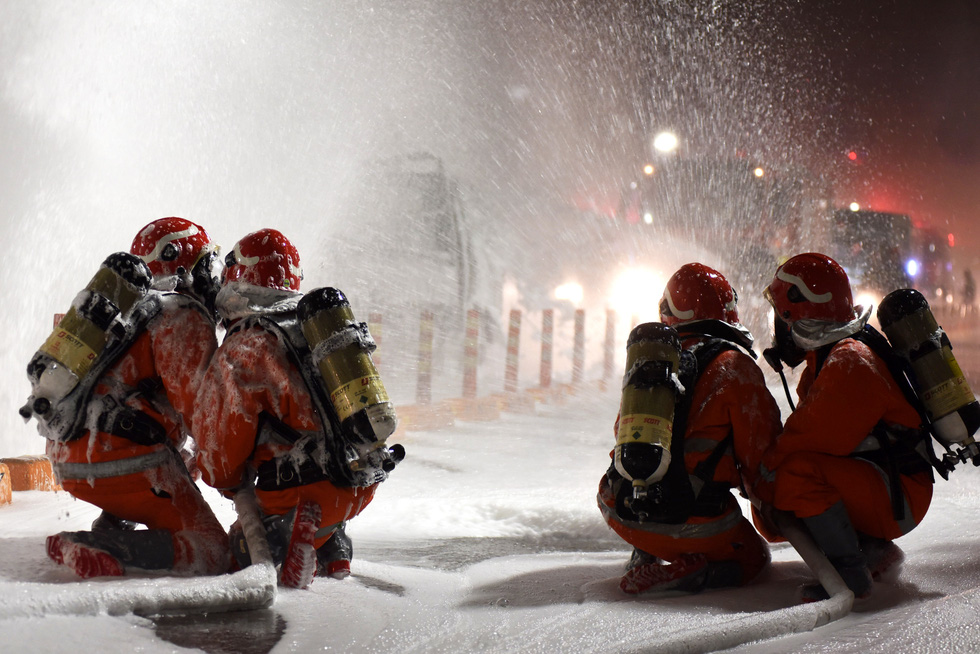 Hundreds of responders participated in an annual drill at the Saigon River Tunnel, or Thu Thiem Tunnel, in Ho Chi Minh City on Sunday afternoon to practice for future emergencies.

The underwater tunnel, which connects the city’s District 1 and District 2, was closed to traffic for two hours between 1:30 pm and 3:30 pm on Sunday for the exercise.

Vehicles were banned from entering the tunnel during the two-hour drill.

The hypothetical situation was that a truck carrying tires suddenly caught fire and caused a pile-up involving a 30-seat passenger bus and another truck.

The fire threatened to spread from the burning truck to other vehicles while causing four people to faint after their inhalation of toxic smoke.

As many as 304 people took part in the fire drill, and a total of 32 fire trucks, ambulances, and rescue vehicles were mobilized to the scene.

The Saigon River Tunnel lies 27 meters under the Saigon River at the deepest point and is the longest underwater tunnel in Southeast Asia as well as the first in Vietnam.

A firefighting and rescue drill has been held annually at the tunnel since its inauguration in 2011.

Below are some photos of the fire drill held on Sunday.