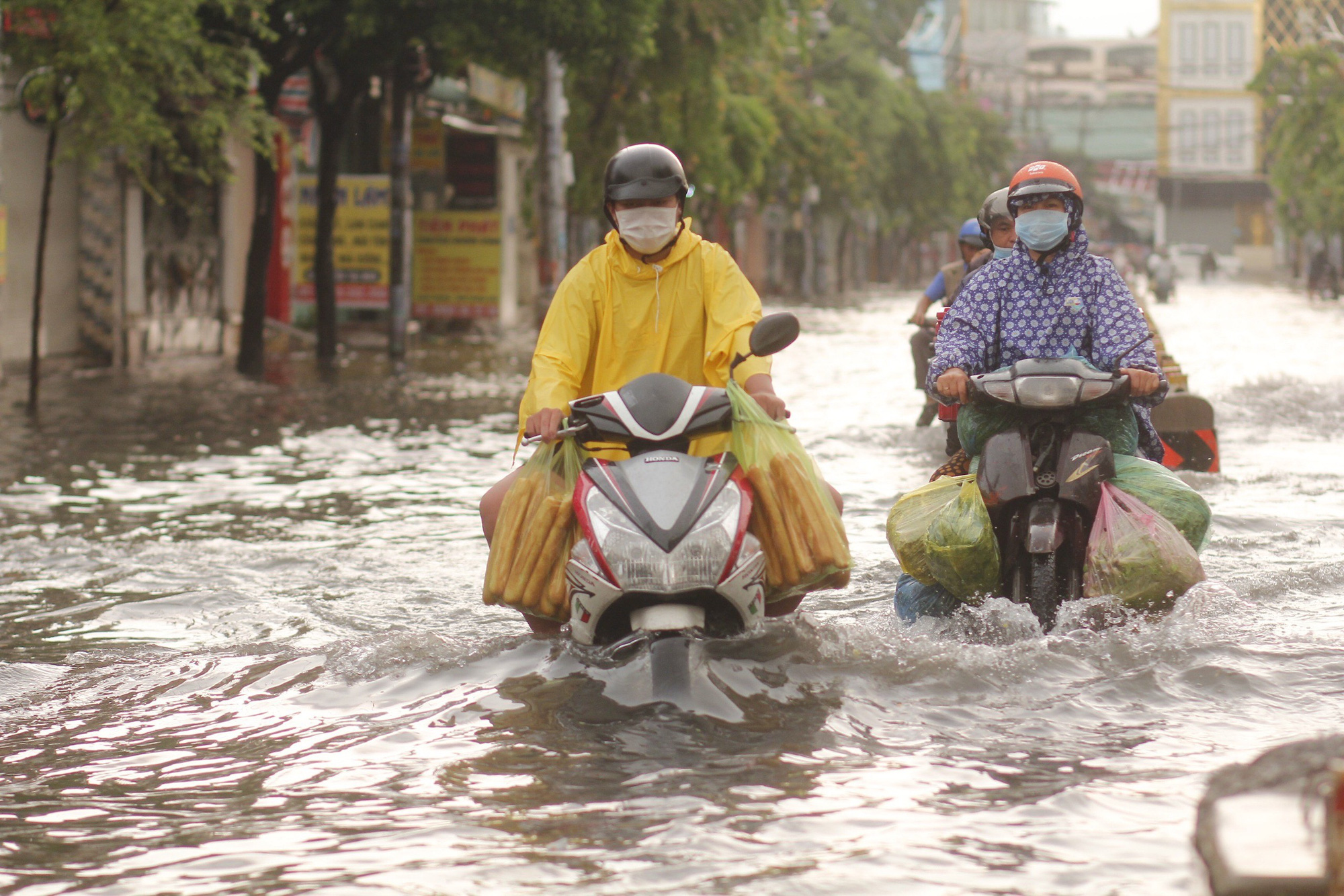 A heavy downpour battered Ho Chi Minh City early on Friday morning and submerged many parts of the metropolis.

The southern metropolis was lashed by a downpour accompanied by gusts and thunder at around 5:00 am the same day, resulting in flooding in many districts that lingered for multiple hours.

According to the observation of Tuoi Tre (Youth) newspaper reporters, inundation occurred on such streets as Kha Van Can, Hiep Binh, and To Ngoc Van in Thu Duc District, Binh Loi in Binh Thanh District, Nguyen Van Khoi and Pham Van Chieu in Go Vap District, and Nguyen Van Qua in District 12.

Many motorbikes broke down, while rainwater also poured into houses along the roads.

Many commuters had to wait on the sidewalks until the water receded.

In District 12, one resident was hospitalized after being hit by an uprooted tree.

Following the rain, temperature in the city increased quickly and peaked at around 33 degrees Celsius at between 12:00 pm and 3:00 pm the same day.

However, rain, strong winds, and thunderstorms are still in the forecast in the evening.

Downpours at night and early in the morning are also common during this period as southern Vietnam is going through the transitional phase from the dry season to the rainy season, said Le Dinh Quyet, an official from the southern hydro-meteorological station.