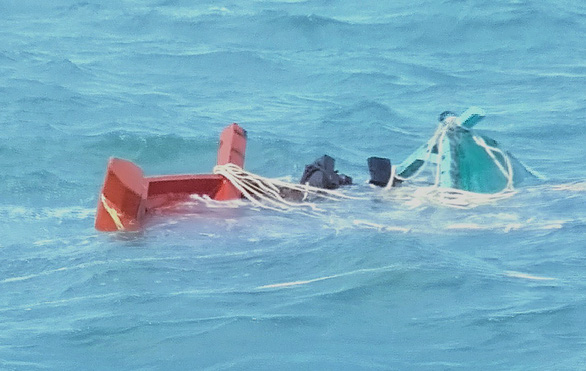 The Border Guard Command of Kien Giang Province in southern Vietnam announced on Wednesday that officers at the Hon Chong Port border guard station in Kien Luong District had managed to rescue seven fishermen who had been stranded at sea.

All seven of the fishermen tested negative for COVID-19 and are currently having their health monitored at home.

The fishermen were working on fishing boat KG-62305.TS when it was sunk by strong waves off the coast of Kien Luong District at around 6:00 pm on Tuesday.

Upon receiving reports of the case, officers at the Hon Chong Port border guard station coordinated with related units and mobilized three other fishing boats to carry out a rescue mission.

Strong currents challenged the search, and by the time rescuers arrived at the last known location of the vessel at 7:00 pm that evening, it had completely sunk while all seven of the fishermen had drifted away.

After expanding their search overnight to a radius of two nautical miles (3.7 kilometers) from the sunken ship, rescuers managed to find all seven of the stranded fishermen.

They safely took the last fisherman ashore at around 6:00 am on Wednesday.