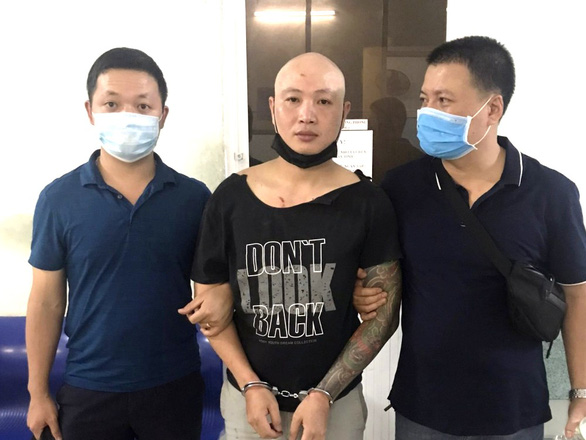 Murder suspect arrested in Vietnam after 11 years at large

A murder suspect who has been on the run for over a decade was arrested in southern Vietnam’s Binh Duong Province this month, police have said.

Nguyen Van Son, 37, is the main suspect in a 2011 murder, police officers in Ha Tinh Province, located in the north-central region, said on Saturday last week.

A team of officers flew in from Ha Tinh to work with Binh Duong police on an operation to apprehend the suspect.

On the afternoon of January 3, officers pulled over Son while he was driving a car, leading to a stand-off where the man locked himself inside the vehicle.

After failed attempts to persuade him to surrender, during which warning shots were fired, officers resorted to breaking the car window to capture the suspect.

Son is suspected of murdering a person in Ky Anh Commune, Ha Tinh Province in 2011.

Ha Tinh police issued a wanted notice for Son on May 26 the same year, labeling him 'particularly dangerous.'

Son reportedly fled to Laos where he spent years in hiding.

He found his way back to Vietnam in 2019 and he worked a series of jobs in Da Nang, Da Lat, and Binh Duong until his arrest.