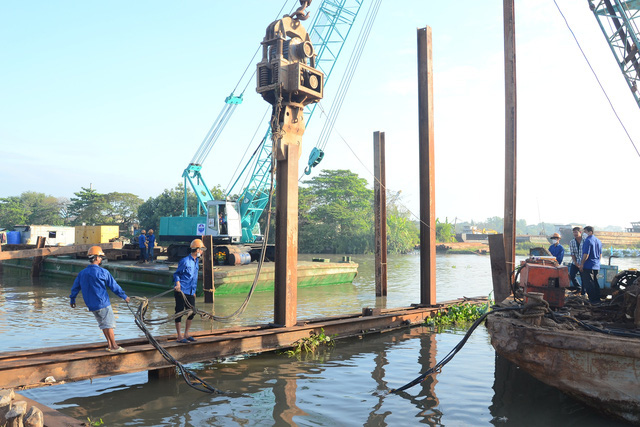 The construction of an over VND10.7 billion (US$472,000) steel dam has commenced in Vietnam’s Mekong Delta, which is expected to help prevent saltwater intrusion and store fresh water upon completion.

The management board for agricultural and rural development investment projects in Tien Giang Province initiated on Monday the construction of the steel dam along Nguyen Tan Thanh Canal in Chau Thanh District.

The project is aimed at preventing saltwater intrusion and storing fresh water for agricultural production in the western part of Tien Giang.

The project’s total investment is estimated at more than VND10.7 billion ($472,000), according to the management board.

The dam will be 19 kilometers long and 65 meters wide, with the building slated to finish by February 25, VnExpress reported.

The provincial Department of Agriculture and Rural Development has warned of early saltwater intrusion for this year, which would hit the province as soon as the start of this week.

The phenomenon is expected to peak at around February 13 to 17, with the salinity measured at four grams per liter.

A salinity level of one gram per liter will continue to affect the province between late February and early March, thus the construction of the steel dam must be finished as soon as possible.

The agriculture department will closely monitor the situation before deciding on the construction of an additional seven small dams in the province.