-- Nearly 37,500 students at local schools in Ho Chi Minh City were infected with COVID-19 last week, up from 19,500 cases a week earlier, the municipal Department of Health stated at a teleconference on Wednesday.

-- Southern Long An Province has become the first locality in Vietnam to allow COVID-19 patients and their direct contacts to work normally on a voluntary basis, according to a document issued by the provincial administration on Wednesday.

-- The director of Lach Hoi fishing port, the largest of its kind in north-central Thanh Hoa Province, has been suspended from work for gambling, a source from the provincial Department of Agriculture and Rural Development said on Wednesday.

-- A truck was caught carrying nearly 1.6 metric tons of rotten suckling pigs along a street in Thu Duc City, Ho Chi Minh City on Wednesday. The driver said he had transported the pigs from central Quang Ngai Province.

-- Gasoline prices in Vietnam are expected to be VND5,000-8,000 (US$0.22-0.35)/liter higher than those in the beginning of this year following the upcoming adjustment on Friday.

-- Vietnam’s export-import turnover hit an estimated $108.5 billion in the first two months of 2022, up 13 percent year on year, the Vietnam News Agency quoted the General Statistics Office as saying. 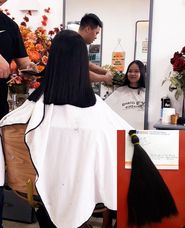