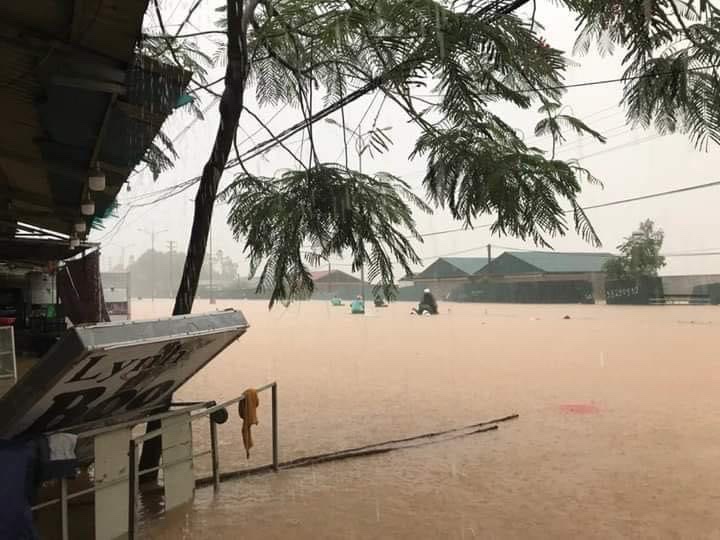 Rainfall ranging from 70 to 190 millimeters battered many provinces in the region early on Monday morning, the National Center for Hydro-meteorological Forecasting reported.

Such major streets as Nguyen Tat Thanh and Me Linh were flooded, leaving traffic paralyzed on many sections.

Many people had to push their motorbikes along the flooded roads after the vehicles broke down.

At the intersection of Le Trong Tan Street and Thang Long Avenue, vehicles were unable to travel as the floodwater reached as high as 40 centimeters.

Members of the local drainage unit were mobilized to deal with the inundation, but the issue did not seem to be alleviated.

According to the National Center for Hydro-meteorological Forecasting, rainfall of 70-200 millimeters will continue to dampen northern localities, as well as the north-central region on Tuesday.

In southern Vietnam and the Central Highlands, showers and thunderstorms are in the forecast until May 29.

It will be more likely to rain in the evening.