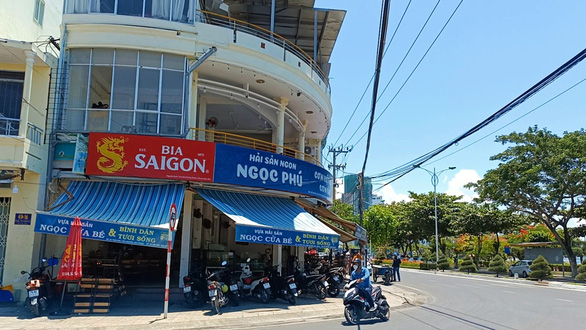 A restaurant in Nha Trang, a coastal city in south-central Vietnam, has been fined over US$900 after being accused of charging customers $26 for three servings of beef pan-fried noodles.

Nha Trang authorities have issued a fine of VND21 million ($902) to Ngoc Phu Seafood Restaurant for operating without a food safety and hygiene certificate, and for failing to clearly list dish prices, Phan Thanh Liem, deputy chairman of the city’s administration, said on Saturday.

The fining followed a report from a team that inspected Ngoc Phu after a rip-off allegation was posted on social media against this restaurant, located on Tran Phu Street.

The penalization served as a deterrent to other food caterers, helping keep the image of a safe, civilized, and friendly Nha Trang, the capital of Khanh Hoa Province in south-central Vietnam, the team said.

Inspectors asked the eatery owner to promptly obtain the aforementioned certificate and list its dish prices clearly, without giving details.

On June 16, a Facebook account named Luu Phuong Linh displayed photos of beef pan-fried noodles stored in a foam food box, accusing Ngoc Phu of fleecing her and her family.

Linh said in the post that she and her family arrived at the eatery two days earlier and had to pay VND600,000 ($26) for three servings of the beef pan-fried noodles, which she said did not taste very good and were totally not worth it.

“The price put aside, the serving contained many noodles and vegetables, but only 4-5 pieces of beef, which were dry, tough, chewy, and very displeasing,” the customer wrote in her Facebook post.

When asked about the high price, the restaurant simply explained that “it was expensive because it was beef noodles,” the customer narrated.

She went on to advise people not to eat at the eatery, where the “rip-off” was considered “an embarrassment” to the beautiful tourist city of Nha Trang.

"Although the restaurant has a prime location, near the Nha Trang beach, it is unacceptable for it to charge customers at such a rate," she wrote in the post.

In response to the allegation, Ngoc Thanh, owner of Ngoc Phu, said his staff told him that the customer finished two servings of the pan-fried noodles at the restaurant before ordering one takeout of the same dish.

The lady voiced no complaints during the time at the restaurant, Thanh claimed, adding that it was not fair that she complained later on the Internet, instead of directly to his restaurant.

“We have our prices listed clearly for customers,” the owner claimed.

“If it’s our fault, I will apologize.”

A serving of the beef pan-fried noodles at Ngoc Phu used to fetch VND150,000-160,000 ($6.5-6.9) but rising costs of materials and fuel forced the restaurant to increase the price, the restaurant explained.

The price of this dish on the menu was VND220,000 ($9.4) per serving, but the customers asked to be served a VND200,000 portion so the restaurant charged them at such a rate, an employee of Ngoc Phu elaborated.

Meanwhile, when contacted by Tuoi Tre (Youth) newspaper reporters, Linh said she and her daughter were driven to Ngoc Phu by a cyclo driver named Dung, who said it was an affordable eatery.

“The restaurant staff didn't give me a menu but I thought fried noodles would be cheap so I ordered three servings, including one for taking away,” Linh recounted.

After finishing the meal, the restaurant staff asked Linh to pay VND600,000 for the three portions.

When she asked the staff why the price was so high for a serving that had only a few pieces of meat, the employee said beef pan-fried noodles were served at such a price.

Linh said when she told the staff that she would raise this issue on social media, the staff said nothing.

She said at that time she wanted to report the case to local authorities, but she eventually did not.

“I posted it on my Facebook page with a view to warning travelers to Nha Trang against such rip-offs, and many friends commented that they were overcharged similarly,” Linh told Tuoi Tre.

A seafood restaurant located on To Hieu Street, Nha Trang, said the price of VND200,000 per serving of beef pan-fried noodles is quite high because ingredients such as noodles and beef are neither too difficult to find nor expensive like seafood.