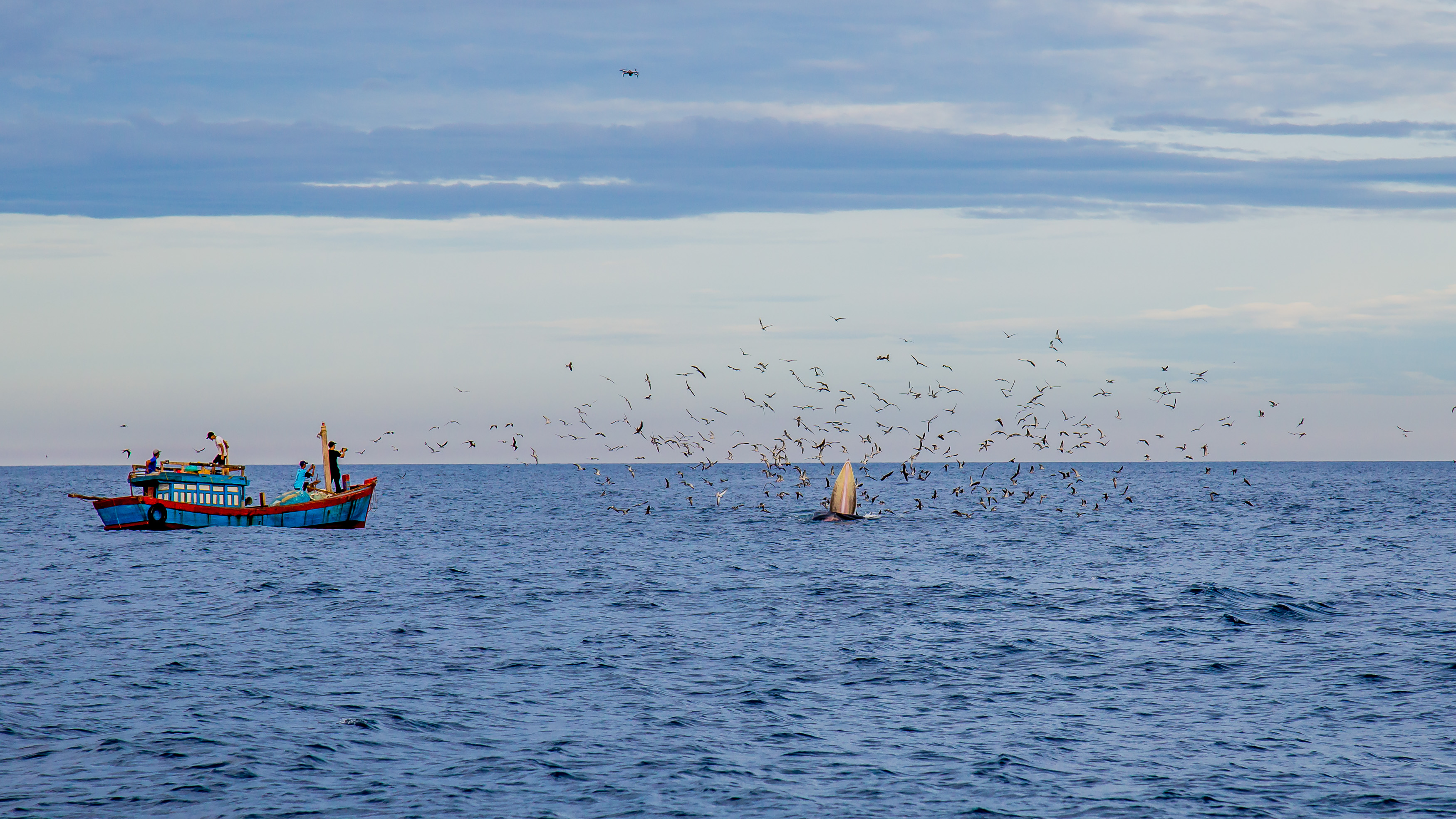 Beachgoers at De Gi Beach in Binh Dinh Province, south-central Vietnam has spent the past few days in awe of two blue whales who have been hunting in nearby waters.

Dinh Thanh Tien, chairman of Cat Khanh Commune, on Friday confirmed the appearance of the blue whales at De Gi in his locality in Phu Cat District, Binh Dinh Province.

The two whales are about 17 and 10 meters long, according to Tommy Toan, a local tour guide who claims to have seen them several times.

They are part of a larger pod of whales that have been foraging in the waters near De Gi Beach since before August, Toan said, adding that the other members of the group have moved elsewhere.

“They come here to hunt because there are a lot of small fish here,” Toan explained.

The waters where the blue whales appeared is wild and unspoiled, about 20 minutes from the De Gi estuary by boat, according to Toan.

Blue whales are often spotted during the summer at De Gi Beach, according to chairman Tien.